Protesters, in cars and on foot, gathered in downtown Minneapolis Friday night, protesting the police shooting of Amir Locke.

A car caravan protesting the Minneapolis Police Department killing of Locke gathered along 4th Street outside the Minneapolis City Hall before heading down 7th Street and eventually stopping in front of the Bolero Flats building - where Locke was killed - located at 11th Street and Marquette Avenue.

In addition to increased calls for transparency and justice for the Locke family, protesters want officer Mark Hanneman to be fired, arrested and charged with murder. 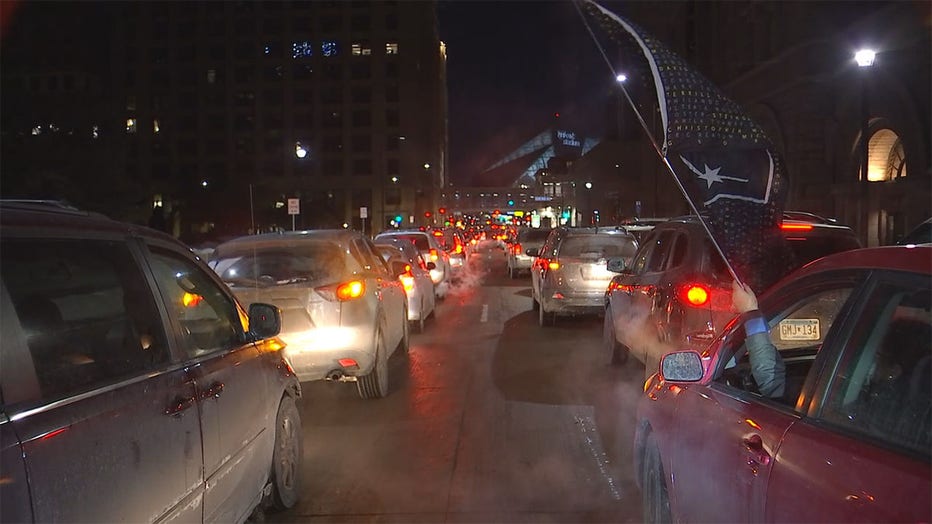 Following the death of 22-year-old Amir Locke Wednesday morning, protestors took to the streets of downtown Minneapolis Friday, many with Black Lives Matter flags and signs.

Many people protesting in the aftermath of the shooting have also called for the resignation of both Minneapolis Mayor Jacob Frey and interim Minneapolis Police Chief Amelia Huffman.

Both Frey and Huffman held a news conference shortly after the public release of the body camera video Thursday night. They began by reinforcing their commitment to transparency, but in the end, the chief and the mayor took less than five questions from the local news media before walking out when Nekima Levy Armstrong, co-chair of the mayor’s public safety workgroup, and other activists confronted them.

The protests Friday night remained peaceful, though incidents of protestors blocking roads and cars were captured in photos and video.

Another rally is planned for 3 p.m. Saturday outside the Hennepin County Government Center in Minneapolis.