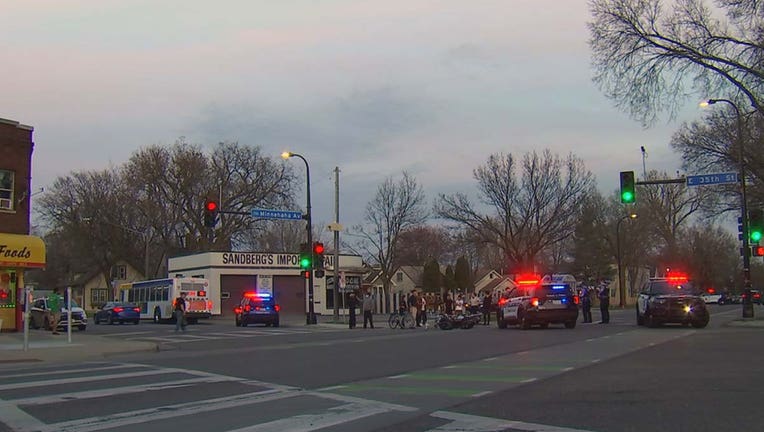 Police responded to a crash at the intersection of 35th Street East and Minnehaha Avenue Thursday evening. (FOX 9)

MINNEAPOLIS (FOX 9) - A motorcyclist is dead after allegedly fleeing a crash with a city bus, then crashing into another vehicle Thursday evening.

Around 8 p.m. Thursday, Minneapolis police officers responded to a crash at the intersection of 32nd Street East and Minnehaha Avenue in the Longfellow neighborhood. There, officers found a Metro Transit bus "with damage from a crash," but the motorcycle reportedly involved wasn't there.

Police say they located the motorcyclist three blocks down Minnehaha Avenue at 35th Street. Early investigations indicate that he fled the bus crash scene then ran a red light and struck another vehicle. 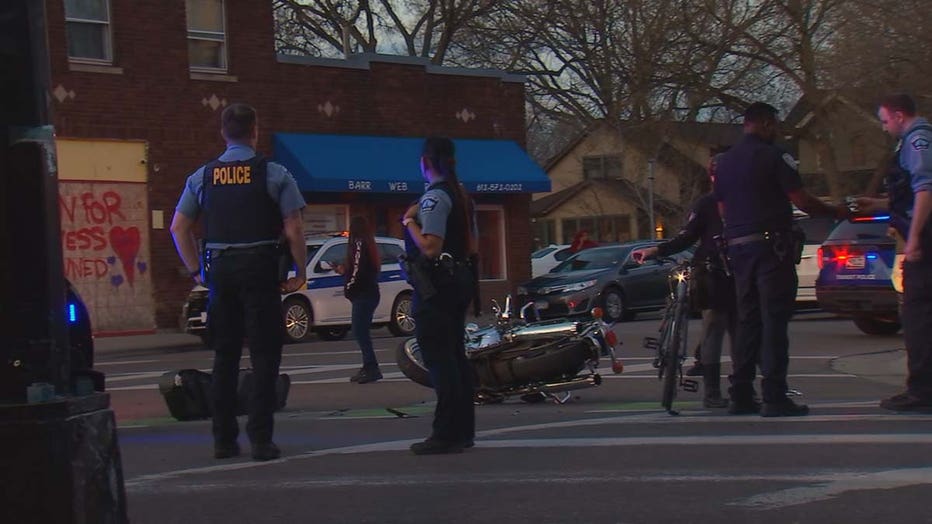 A man in his late 50s died after his motorcycle crashed twice, Minneapolis police said. (FOX 9)

Fire medics treated the man at the scene and transported him to the hospital, where he later died. The man was in his late 50s, according to the Minneapolis Police Department.

The Hennepin County Medical Examiner's Officer later identified the motorcyclist as Jeffery A. Sonczalla, age 58. His cause of death was multiple blunt force chest injuries.

There were no other injuries. Police did not say the extent of damage to the bus and other vehicle involved in the separate crashes.