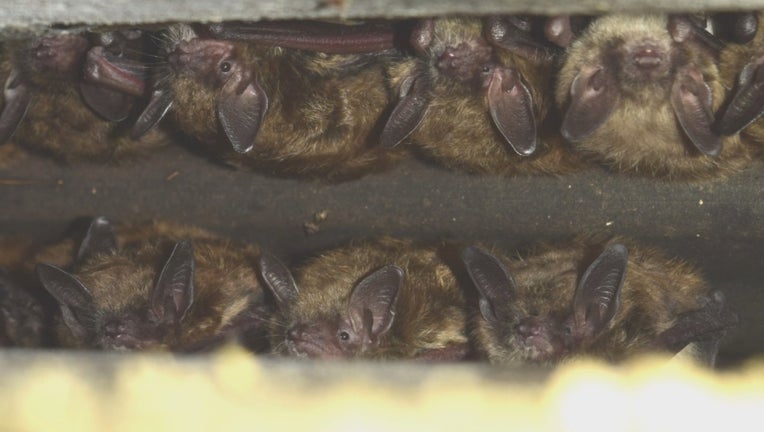 RED WING, Minn. (FOX 9) - The Minnesota Department of Transportation is experimenting with new technology to help minimize the negative impacts road and bridge construction can have on bats.

At a bridge near Red Wing, Minnesota, MnDOT wildlife ecologist Chris Smith pointed out the areas under a bridge where bats have previously gathered.

The Minnesota Department of Transportation is experimenting with new technology to help minimize the negative impacts road and bridge construction can have on bats.

“So back in 2016, we actually had so many bats here that we couldn’t count them, so we estimated at over a thousand bats,” said Smith.

There was an entire colony of little brown bats, big brown bats, and northern long-eared bats, but white nose syndrome has killed off most of them.

That’s why MnDOT is experimenting with new technology to protect the remaining bats when it comes time to repair or rebuild its bridges. It involves suspending ultrasonic speakers from the bridge deck.

“Basically, it creates a little zone that the bats don’t want to enter,” said Smith. “So, we’ll be able to go in ahead of a project during the most sensitive time of the year for the bats when they are having their babies and deter them the structure, get them to move into the forest or other habitats, that allows us to complete our construction projects without affecting the bats permanently.” 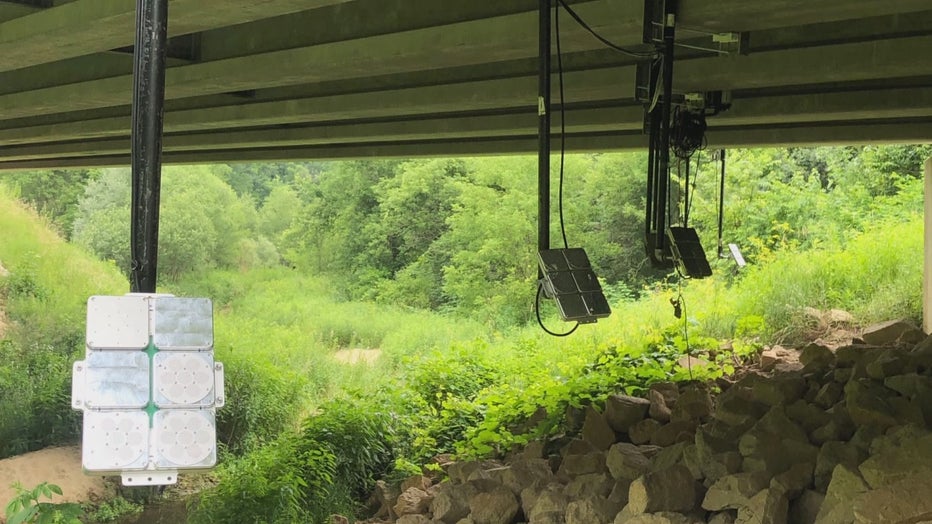 By suspending speakers from the bridge, the bats are deterred from the area. (MnDOT)

MnDOT tested the system on a bridge in southern Minnesota. The results were encouraging.

“As soon as we removed the deterrent, we saw the bats move back in,” he said. “So, they’re able to move back into their home as soon as the opportunity presents.”

The goal is to save both the bats and construction time.

“So it works out really well for both the bats and the people,” said Smith.

The research is still ongoing. Smith says it’s possible that at some point down the road using this kind of technology is built into the construction and repair contracts for bridges.