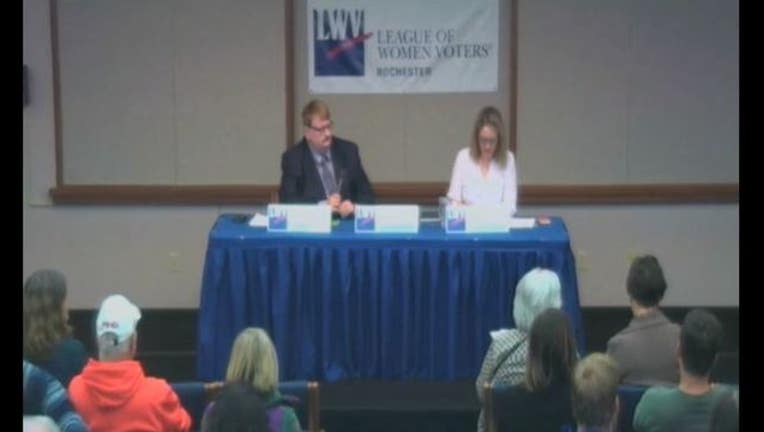 ROCHESTER, Minn. (AP) - A Minnesota state lawmaker who is running for re-election is apologizing after he yanked a microphone from the hand of his opponent during a televised legislative forum.

Rep. Duane Quam grabbed the microphone from Democratic-Farmer-Labor party challenger Jamie Mahlberg during a Tuesday night debate at Rochester Public Library. The Rochester Post-Bulletin reports that Quam took the microphone to rebut a point Mahlberg made about education funding.

The audience gasped, and Mahlberg appeared startled. Video of the incident circulated widely on social media, with some calling Quam's behavior "boorish" or "bullying."

Quam apologized in a Facebook post, saying he respects Mahlberg. He says his nerves got the best of him as his responses were timed and he wasn't as graceful as he should have been while the two shared a microphone.