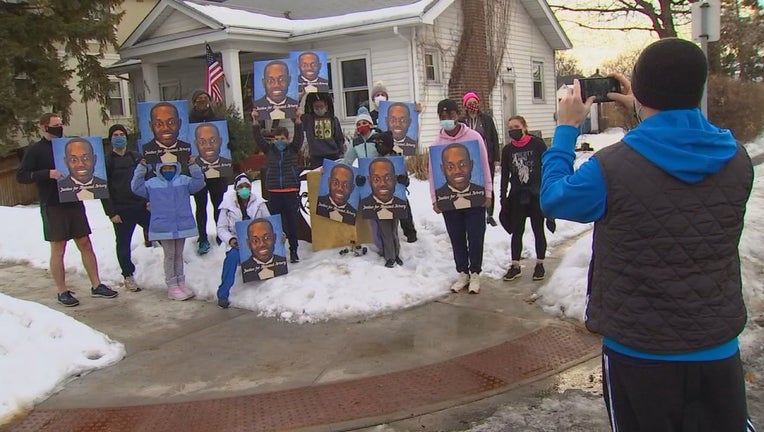 Runners in Minnesota hold signs in honor of the anniversary of Ahmaud Arbery's death. (FOX 9)

The men who pursued Arbery were not arrested until months later, after video of the shooting went viral around the world.

Minnesotans run in honor of anniversary of Ahmaud Arbery’s death

Minnesotans run in honor of Ahmaud Arbery on the anniversary of his death.

On Tuesday, Minnesotans took to the streets of Minneapolis to honor Arbery.

"It’s a show of solidarity for Black folks that have been publicly executed or deemed as a threat just by existing or being Black on earth," organizer Toussaint Morrison said.

Morrison decided to organize not a protest or a march, but instead a run. As a former University of Minnesota decathlete, Morrison says he felt he was closely watched while he went on jogs near campus.

"When I would go for jogs around the campus, I would have the cops called on me every now and then, and they would say, 'hey why are you running,'" Morrison told FOX 9. "That was an issue because Black people running is a crime for some folks."

Along the 2.3-mile run, those participating carried signs demanding justice for Arbery.

"For some reason, I just felt like I had more energy today than I ever had before when I was running, just carrying the sign," said Layla Mahabadi, a runner.

"I look forward to justice," said Amir Missaghi, a runner. "As a community we need to show support."

The 2.3-mile run brought out around twenty runners, still haunted by the 40 seconds of video that showed his final moments.

Any human being who sees what they did to him should be affected," Mahabadi said. "If you’re not personally affected by what you see - something that tragic - something is really wrong there."

"It made me feel disappointed that white people are still in the psyche that they can hunt down a Black man and conduct martial law and bring violence into neighborhoods just like that," Morrison said.

The run ended at 38th and Chicago, the site of the deadly arrest of George Floyd, which happened about three months after Arbery died.

"I hope they know that people in Minnesota, in Minneapolis, are thinking of them and support them through this tough time," said Missaghi.