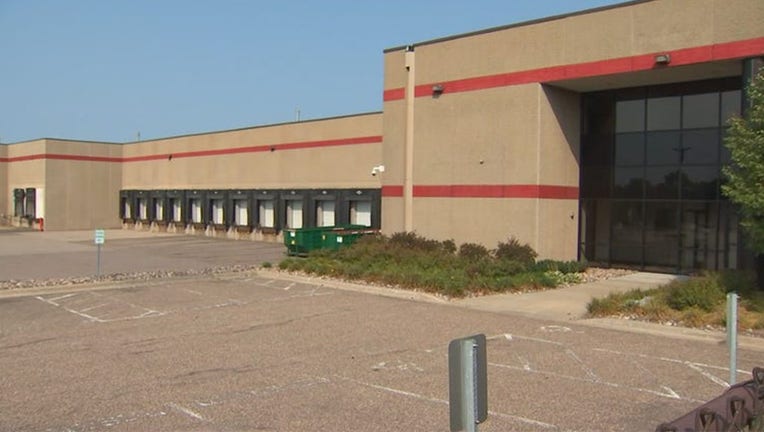 The State of Minnesota purchased the former Bix Produce building for $5.5 million in May 2020, but it has since been sold to Soldier Trucking.

MINNEAPOLIS (FOX 9) - The fate of a warehouse once purchased by the state for possible COVID-related morgue storage has been determined.

Soldier Trucking is a veteran-owned transportation company that focuses on logistical hauling of items such as bread, auto parts and fine-mile services for companies such as Alpha Bakery, Baldinger Bakery, Chick-fil-A, Costco and Amazon.

The State of Minnesota purchased the former Bix Produce building for $5.5 million in May 2020. It was intended that the building would have the cold storage capacity to hold more than 5,000 bodies, but those were never needed. The state-owned facility was since used to store boxes of PPE and testing supplies.

At the time of the purchase Minnesota officials planned to spend $1.4 million to retrofit and operate the building as an overflow morgue, but just $134,000 of renovations have happened as of September 2021, according to contracts provided to FOX 9.

That same month the St. Paul Port Authority’s board of commissioners approved the purchase of the warehouse for $5.65 million – at the time appraisers said the property was worth $175,000 more than what it was last sold for.

After purchasing the building, the Port Authority said it needed to determine job goals for the site and secure a buyer or partner who can deliver on economic development goals. According to a press release, the Port Authority eventually, "put the property back on the market with sales criteria that went above and beyond the highest bidder."

According to the announcement, Soldier Trucking was selected from a handful of applicants because of their plans to add 60-70 net new jobs, and up to 140 total.

"We couldn’t be more pleased with the outcome. We did what we set out to do – protect jobs," Lee Krueger, president of the Saint Paul Port Authority, said in the news release. "If we would have sold to the highest bidder, I have no doubt the job count would have been substantially lower. The first two calls we received were from end users with low-density job counts who just couldn’t bring in the kind of jobs St. Paul needs."

In total, the company plans to relocate 20 administration jobs from Mendota Heights, retain 52 positions in St. Paul and add 60 to 70 new positions throughout the next 18 to 24 months.

The company said it intends to recruit from "within the neighborhood."

The Saint Paul Port Authority Board of Directors is expected to approve the move at its January 25 credit committee meeting.