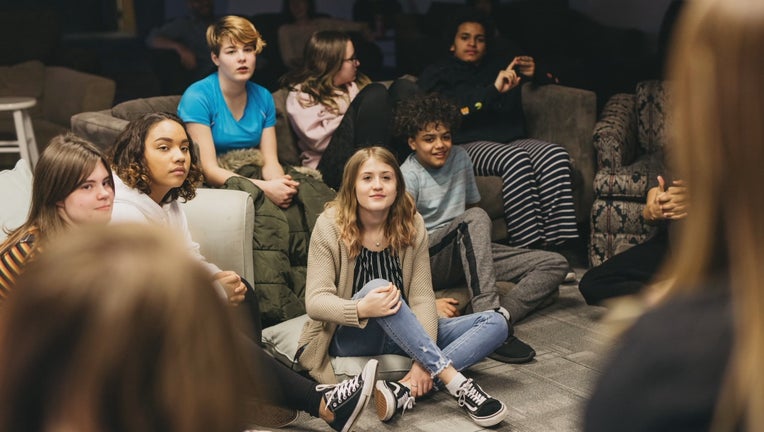 (FOX 9) - Through youth outreach, A Minnesota non-profit has spent nearly four decades working to make a positive impact on the lives of teens across the country.

Treehouse has several sites throughout the Twin Cities with plans to expand.

Through youth outreach, A Minnesota non-profit has spent nearly four decades working to make a positive impact on the lives of teens across the country.

"Treehouse got its name over 20 years ago,” explained Treehouse CEO Tim Clark. “As it really started to look at saying, ‘How do we become a safe place for teens.’”

For nearly 40 years, TreeHouse, a faith-based non-profit, has worked to provide hope to the hopeless.

"Our mission is to end hopelessness among all teens," said Clark.

According to statistics by the Pew Research Center, a growing number of teenagers are facing depression. In 2017, 13 percent of U.S. teens, ages 12 to 17, admitted to feeling depressed – that’s up from eight percent in 2007.

"Whether it be social media, bullying, there’s just so many different ways that people are really seeing and feeling down about themselves," added Clark.

That was the case for Ty’ron Winfree several years ago as a teen.

"I think trying to find the balance between life and school is definitely tough, but then sometimes life just overwhelms you," said Winfree.

Through mentoring and support groups, Winfree says that he eventually found his way. His experience taking him on a journey from mentee to mentor.

"There’s no such thing as too much guidance at all," said Winfree.

With several sites across the Twin Cities, the non-profit is working to expand its reach.

"What we want to do is surround teens with love, make them feel lovable, capable worthwhile, loved without strings," said Clark. "Never alone and that they have a future. Those are really the Treehouse truths as we call them."