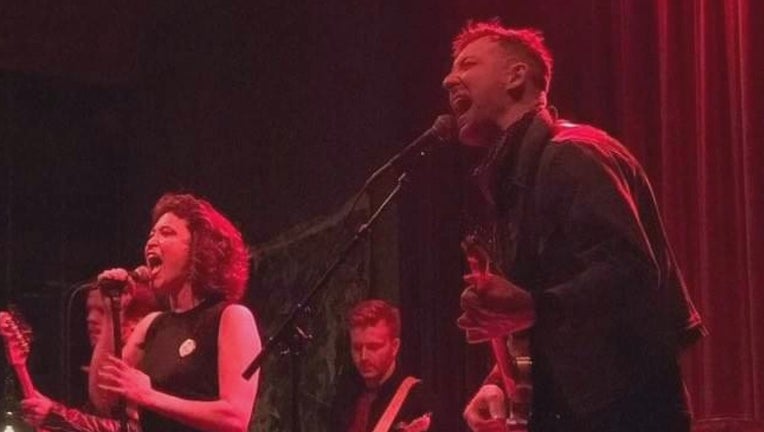 MINNEAPOLIS (FOX 9) - Some music festivals are still canceled or postponed amid loosening COVID-19 restrictions, but at the same time, other opportunities are popping up and helping put local musicians in front of larger audiences.

"I can count one hand how many gigs we’ve had and they were all outdoors," said Meghan Kreidler of the band Kiss The Tiger.

Minnesota music venues prepare for the summer of local artists

As musical acts scramble to set national tour dates, local artists are jumping at the opportunity to return to the stage.

Two band members from Minneapolis-based Kiss The Tiger are starting to see their summer calendar rival 2019 with three to four gigs per month.

"We are selling tickets like crazy, which is great," said Kreidler. "I want to value what we do and say people would be buying tickets anyways, but I think people are really excited to come out and see some live music."

With restrictions in Minnesota lifting so suddenly, Ashley Ryan with First Ave calls this "the summer of the local artists." This is in large part because national bands touring the country still for the most part won’t be able to make stops in the Twin Cities until after August.

"We and the entire music industry have been focused on the entire fall, winter, even next spring," said Ryan.

The manager of Trampled by Turtles points out while there may be some room for additions, their coast-to-coast tour is set. It doesn’t allow for a return home to Minnesota until September.

"The competition for venue real estate for space is just crazy because everyone is just looking to get back on the road," said Christian Roveau, the manager of Trampled By Turtles. "It’s very busy out there. It’s going to be very busy once people hit the road."

At the arena level, a spokesperson for Target Center agrees. With states reopening and lifting restrictions at different times, it still takes national and global tours months to launch or relaunch tours. As of Thursday, Target Center won’t host its first major concert until September 25. One exception on the local arena calendar is Def Leppard and Motley Crue at U.S. Bank Stadium in early July, which is a rescheduled concert from last summer.

As for Kiss the Tiger, the band is about to drop a new album and start a new resident gig at Icehouse in Minneapolis next month. This summer is shaping up to be everything they’ve been missing.

"I did not imagine playing gigs this summer already," said Michael Anderson of Kiss The Tiger.