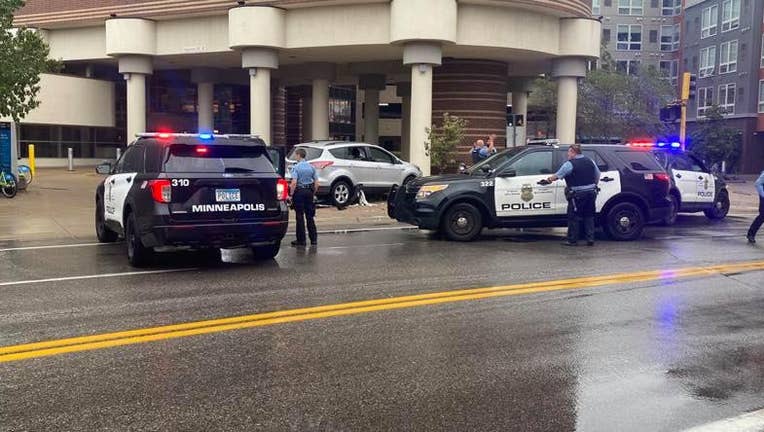 MINNEAPOLIS (FOX 9) - A Somali community leader and former city council candidate says he was carjacked and pepper sprayed in the parking lot of the Seward Co-op in Minneapolis by five teens Monday afternoon.

According to a statement from Minneapolis Police, a man was carjacked in the 2800 block of Franklin Avenue East on a report of an armed robbery and carjacking. Abdizirak Bihi, a Somali community leader in Minneapolis, said that he was this victim.

While searching for the vehicle in question, Minneapolis Police responded to another report of an assault and carjacking in the area of 14th Avenue South and 18th Street East. In that case, an adult female was sprayed with a chemical irritant as well before her car was stolen.

The second vehicle was abandoned and nobody was located inside it. The first vehicle was stopped and, after a brief pursuit that ended in a crash into the Courtyard Marriot Hotel on Washington Avenue South, a juvenile suspect was apprehended and taken into custody.

The crimes are under investigation.

In a Facebook post Monday, Bihi said in the comments that he was doing "perfectly fine" after the incident.