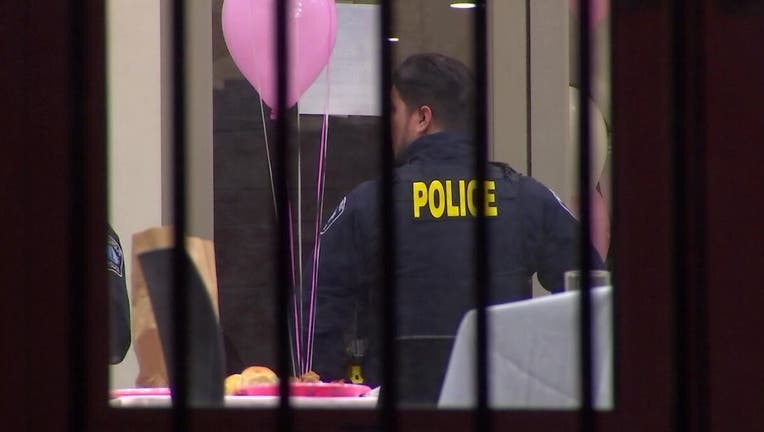 A group of 100 people gathered for a repass near 4th and Dupont for an individual named Anthony when a man showed up, got into a verbal altercation, and opened fire. MPD says two people suffered gunshot wounds. Both victims are in critical condition.

MINNEAPOLIS (FOX 9) - The Minneapolis Police Department is investigating after two people were shot at a gathering after a funeral Saturday afternoon.

Police say that around 100 people were gathering for lunch at the Cora McCorvey Health and Wellness Center after a funeral when shots were fired. Early investigations indicate that a man came late to the repast, defined as a gathering after a funeral, and got into a verbal altercation, which escalated into gunfire.

"Gun violence is seriously concerning. A shooting at a repast is shocking, not only to the individual conscious, but to the community as a whole," Minneapolis Police Officer Garrett Parten said. "The lack of appreciation for the sanctity of life leaves many of us aching for understanding… This is very hard for family and friends and loved ones who gathered to grieve and honor someone that they had loved."

Two people are hospitalized in critical condition after being shot at a lunch gathering following a funeral Saturday afternoon. Minneapolis Police say a man walked into the gathering late, got into a verbal altercation that escalated into gunfire in a space of 100 people.

The suspect fled the scene after the shooting. When police arrived around 3:30 p.m. on the 1000 block of North 4th Street, they found a man and a woman who had been shot. They are currently in critical condition at a local hospital.

"What occurred here today is very wrong. But I want you to know that the Minneapolis police care, along with all of the other responders who came here to care for these individuals," Parten said. "And we're going to do everything we can to determine who is responsible for this and to hold them accountable in an appropriate manner."

Police have not made any arrests as of Saturday evening and are still looking into the shooter's ties with those at the repast.

Anyone with information is encouraged to call CrimeStoppers at 1-800-222-TIPS (8477) or submit anonymous tips online at www.CrimeStoppersMN.org.

This is a developing story. Check back for updates later.