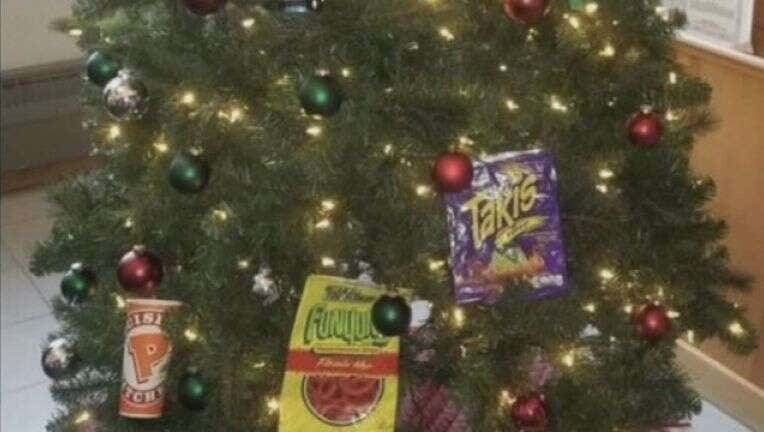 A photo of a Christmas tree decorated with items associated with racist stereotypes caused a controversy in December 2018.

MINNEAPOLIS (FOX 9) - A Minneapolis police officer connected to the 2018 controversy over a racist Christmas tree is back on the force.

Police sources told FOX 9 that Mark Bohnsack won his job back in arbitration. Last year FOX 9 reported Bohnsack's last day with the department was on August 1, 2019.

Bohnsack and another officer were placed on administrative leave in December of 2018. A photo of the Fourth Precinct’s tree posted online showed the tree had been decorated with items associated with racist stereotypes, including a Popeye’s bucket, police tape, a Newport cigarette pack and a bag of Takis.

City and community leaders denounced the racist tree, with Mayor Jacob Frey calling for the police department to fire the officers involved. The fallout eventually led to the demotion of Fourth Precinct Inspector Aaron Biard.

Following the death of George Floyd in police custody, Frey and Minneapolis Police Chief Medaria Arradondo have called for changes to the police arbitration process, which they argue has allowed officers accused of misconduct to return to the department despite what the chief has decided. In July, the Legislature passed a bill on police accountability, which included an overhaul to the arbitration process.