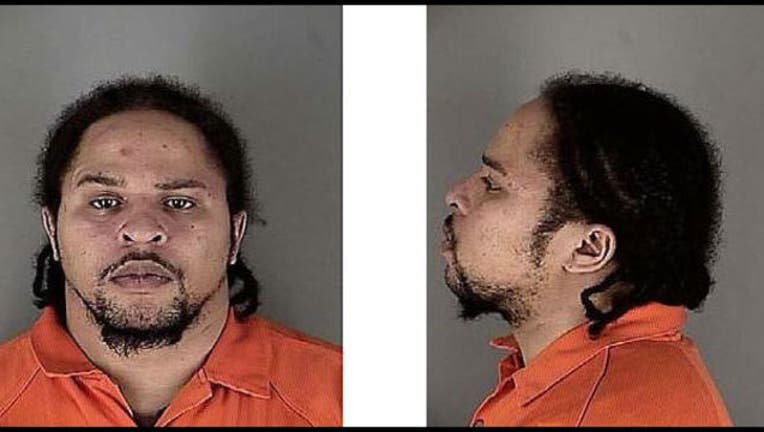 Minneapolis police exchanged gunfire with a suspect in a domestic assault call late Wednesday morning. No injuries were reported.

Police were called to the intersection of Buchanan Street NE and Lincoln Street NE just before 11:30 a.m. on a report of a domestic dispute. Responding officers caught up with the suspect in an alley, where he fired a shotgun at police.

Police returned fire, and eventually talked the suspect into dropping his gun and surrendering.

This afternoon, the MPD provided the following update:

At 11:22 this morning, officers from the Minneapolis Police Department's Second Precinct responded to a report of an ex-boyfriend being outside the 911 caller's residence with a rifle. While en route to the call officers were advised that shots were fired into the residence by the suspect. The suspect is identified as Major James Moore, DOB: 02-21-1978.

Moore was gone when officers arrived. In checking the area, they encountered Moore in an alley. Moore aimed the shotgun directly at the officers. An officer fired a single shot at Moore which did not hit him. Moore fled from sight and was encountered again by the officers a short time later. After a brief standoff, the officers talked Moore into putting the gun down and surrendering to them. At that time Moore was taken into custody.