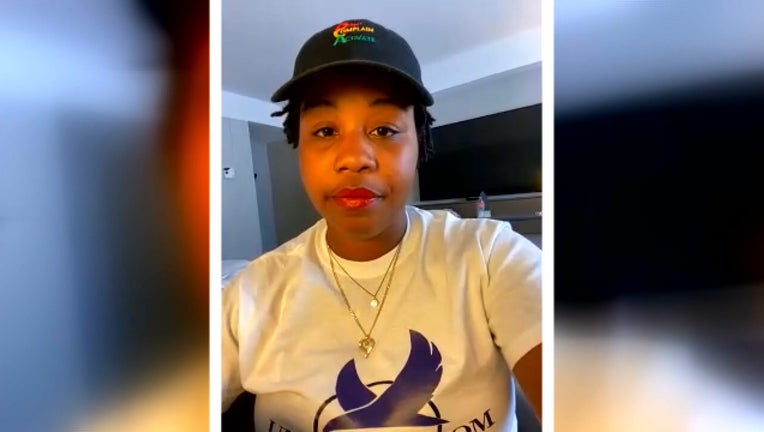 (FOX 9) - Minneapolis NAACP President Leslie Redmond was among more than 80 people arrested Tuesday during a protest calling for charges in Breonna Taylor's death at the home of Kentucky's attorney general.

"So we were sitting down, peacefully," said Redmond. "Very peacefully actually."

"For me, I’ve never gotten arrested before, but if I had to get arrested, getting arrested for Breonna Taylor felt like the right thing to do," she added.

Louisville police shot and killed Taylor back in March in what has been described as a botched raid. With public outcry growing, protesters are demanding criminal charges be filed against the officers involved.

"We wanted to stand up for justice and we know that the person who actually has justice in their hand right now is Attorney General Daniel Cameron," said Redmond.

Staged on the attorney general's front lawn, she and other protesters called for justice. When asked by police to leave, Redmond stayed. After spending more than 12 hours in jail, and facing a number of charges including a felony, Redmond says she has no regrets.

"If we don’t stand up for what is right now, we are literally putting the lives of our young brothers and sisters at risk and ourselves," she explained. "I’m fighting for the generation to come, just like people fought for me."