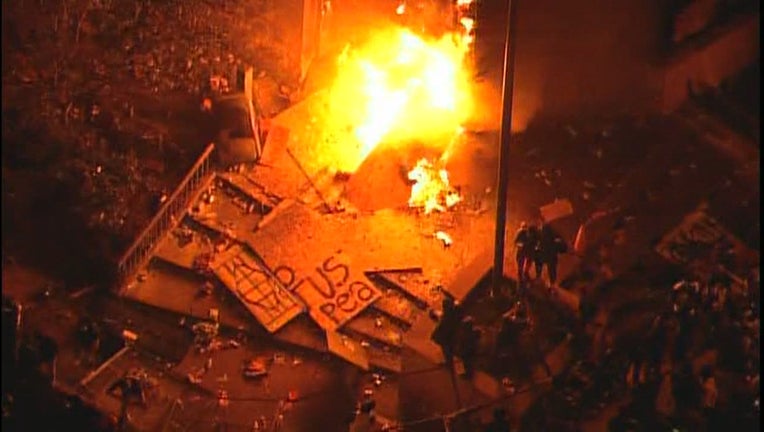 MINNEAPOLIS (FOX 9) - The Minneapolis Fire Department reported that crews responded to "at least" 19 structure fires across the city Thursday night.

According to Assistant Chief of Administration Bryan Tyner, crews were unable to respond to the 3rd Precinct fire and several others until the scenes were secured by the National Guard.

Crews also had to respond to several of the scenes multiple times, as fire were reset or rekindled. Fire trucks also suffered damage from rocks and other projectiles thrown at the responding vehicles.

However, there were no victims or fatalities reported as a result of Thursday night’s fires. There were also no injuries to firefighters reported.

As of Friday evening, crews were still extinguishing fires throughout the city. The cause of these fires is intentional.

Minneapolis and St. Paul have both enforced curfews through the weekend in an effort to curb the riots.