Sanford Middle School became a collection site on Sunday for groceries for families living in the area of the Third Precinct in Minneapolis, where local grocery stores were damaged or destroyed during the riots.

MINNEAPOLIS (FOX 9) - Members of the community loaded up their cars, trucks, vans, and in one case even a U-Haul, to bring groceries to a Minneapolis neighborhood after riots destroyed stores and shops in the area.

Sanford Middle School became a collection site on Sunday for groceries for families living in the area of the Third Precinct.

The police station was the center of heated protest that turned to riots on Wednesday and Thursday. Stores in the area, particularly Target, were hit by looters and people looking to cause trouble.

Sunday, a call was put out asked residents to bring food and other supplies for families who are left without a place to shop nearby. On top of that, many have no transportation with Metro Transit shut down to the riots. 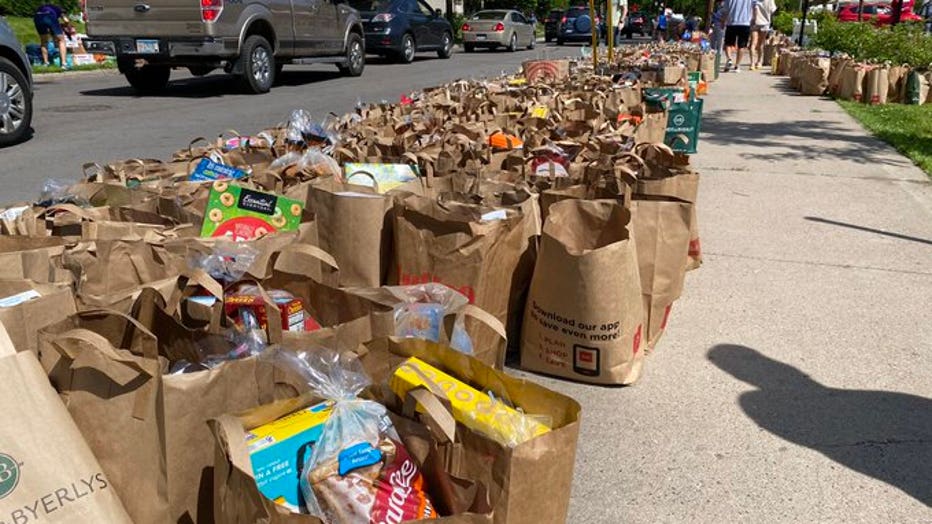 Organizers say there were looking for just 84 bags. It's clear they got much more.

The bags were made available for families and will be distributed the food banks, organizers said.

Want to help the Minneapolis and St. Paul communities affected by last week's riots? FOX 9 has compiled a list of ways people can help here.