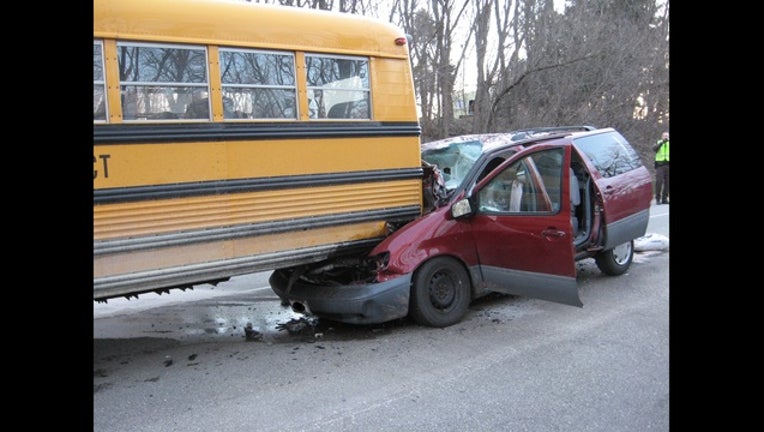 PIERCE COUNTY, Wis. (KMSP) - A minivan rear-ended a school bus picking up students at a bus stop near Bay City, Wisconsin, according to Wisconsin State Patrol.

Around 6:25 a.m. on Friday, an Ellsworth Community School District bus was stopped on Highway 35 to pick up students when the minivan rear-ended it.

The 55-year-old woman driving the minivan was seriously injured. Emergency crews extricated her from the van and took her to the hospital with life-threatening injuries.

There were seven people on the bus and two students getting on at the time of the crash. Two students had possible injuries, but were not taken to the hospital by responders.

The bus had its red warning lights on when the crash happened.