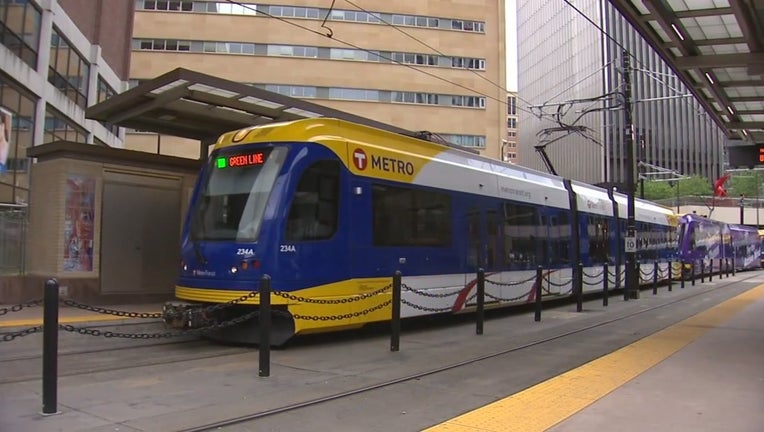 ST. PAUL, Minn. (FOX 9) - A Metro Transit proposal to hire dozens of fare checkers – a plan aimed at freeing up police to address increasing violence on buses and light rail trains – would take years to implement, according to state documents released Thursday.

The first fare checkers, known as “transit ambassadors,” would not be on board until summer 2021 at the earliest, according to a Metropolitan Council estimate, and that only includes 25 of the employees across the sprawling transit system.

A Metro Transit proposal to hire dozens of fare checkers – a plan aimed at freeing up police to address increasing violence on buses and light rail trains – would take years to implement, according to state documents released Thursday.

The cost of hiring up to 61 fare checkers will be $6.3 million by 2023, though House Democrats said Thursday that the legislation was in its early stages and the costs would likely change.

The transit agency has been hit with a series of high-profile shootings and stabbings in recent weeks. Met Council officials told lawmakers at a Thursday afternoon committee hearing that the situation was “unacceptable” and outlined changes, including the new hires.

By checking for valid fares and assisting riders, Metro Transit police officers would be able to work on more serious crimes, the officials told the House Transportation Committee.

“We know we can’t simply police our way out of it,” said Wes Kooistra, the agency’s general manager. “We’re not going to be at every bus stop, every shelter, every platform, ever bus, every rail car. But, we have to show a presence.”

“I think there needs to be much more done than this, but I guess it is a start,” Ryan Timlin, president of Amalgamated Transit Union Local 1005, said in an interview. Timlin said his union would not fight the legislation.

Last week, a double shooting turned fatal on a bus in downtown Minneapolis. FOX 9 has reported on a rise in violent crime on light rail platforms and in train cars.

“Imagine you come to work and that’s what you find in your office,” he said. “Our platforms are a drug store for drug dealers.”

Light rail operators have recently described horrific work conditions that include heavy drug use by train riders, being threatened when they clear the train of passengers each night, and police who respond slowly to their calls for help.

“I now have to ask myself every day, am I going home tonight?” train operator Jeff Ziegler told lawmakers last week at a hearing. “Am I going home to (Hennepin County Medical Center) on a gurney for major surgery? Or am I going to HCMC in a black body bag?”

The $6.3 million proposal would be on top of other crime-fighting changes at Metro Transit. Later this year, the agency will debut a $1.3 million real-time camera network on board each of its 91 rail cars.

The House proposal also reduces the penalties for fare evasion, dropping from a misdemeanor to a citation.

“The reason why is because what we’re doing right now is not working,” Zelle said. “I’ve gotten a lot of pushback and voicemails and emails saying I’m not being soft on crime. Actually, we’re not. We want to enforce paying fares.”