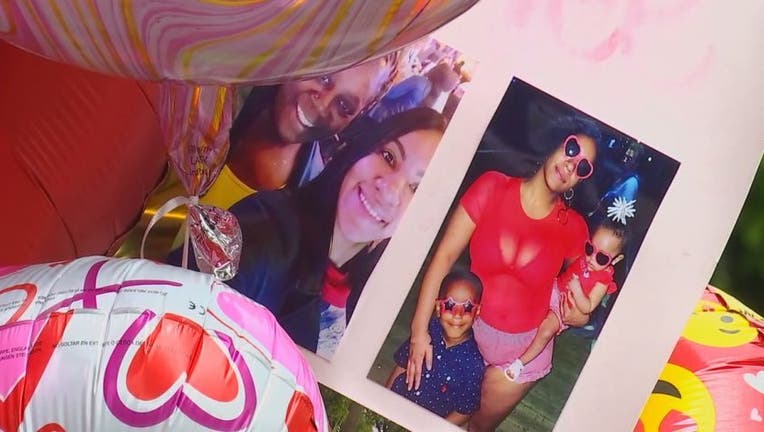 Photos of Leneesha Columbus, a pregnant woman who was shot and killed, were placed at a memorial near the shooting site. (FOX 9)

MINNEAPOLIS (FOX 9) - A 27-year-old St. Paul, Minnesota man pleaded guilty to fatally shooting a pregnant woman who was carrying his child, according to the Hennepin County Attorney's Office.

Zachary Robinson pleaded guilty to two counts of second-degree murder. Leneesha Columbus, 27, was shot and killed on July 5 about a block away from the George Floyd Memorial site. Columbus was 26 weeks pregnant at the time. After she was shot, medical staff prematurely delivered her baby girl, who died a month later from complications.

Robinson will serve more than 49 years behind bars for the two deaths.

Robinson also pleaded guilty to second-degree assault in an unrelated shooting, which happened outside Augie's in downtown Minneapolis in Dec. 2019. His sentence in that case will be served at the same time as the murder case.

His sentencing will be on Dec. 11.