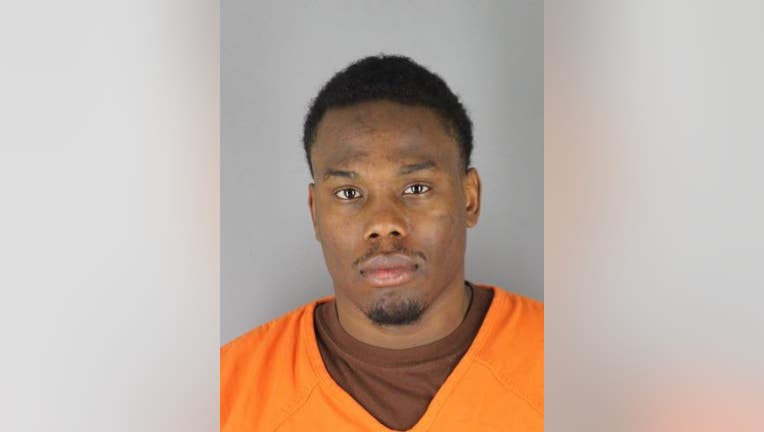 Zachary Robinson has been charged with the murder of Leneesha Columbus. He is currently not in custody. A warrant is out for his arrest. (Hennepin County Jail)

MINNEAPOLIS (FOX 9) - A 27-year-old Minneapolis man has been charged after he allegedly shot and killed the pregnant mother of his child, according to the Hennepin County Attorney's Office. 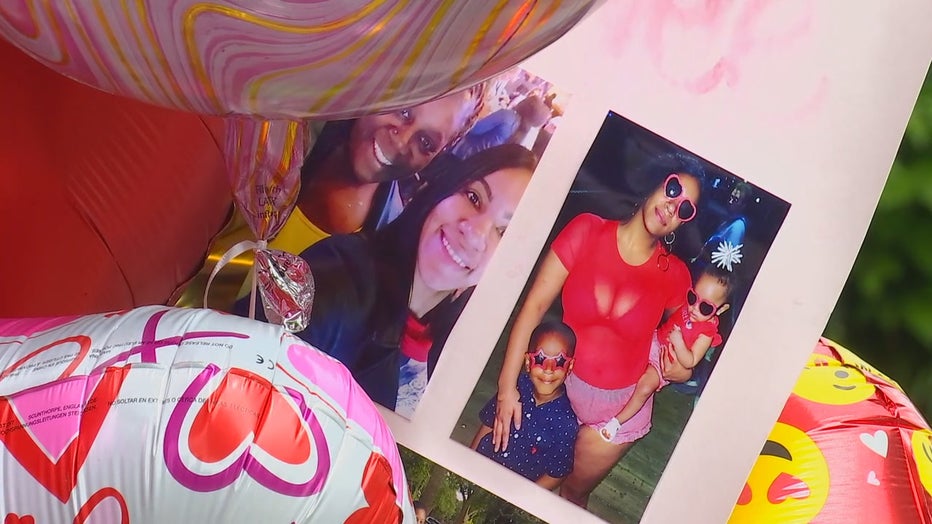 Photos of Leneesha Columbus are placed along a memorial near where she was shot in Minneapolis. (FOX 9)

According to the criminal complaint, Sunday night, officers responded to a shooting at 38th Street East and Chicago Avenue South in Minneapolis at the George Floyd Memorial site. About a block away from the site at 37th Street East and Elliot Avenue, they found Columbus outside a shot-up Ford Explorer and bystanders trying to revive her. Emergency crews took Columbus to the hospital, where she died from a gunshot wound to her upper back. Doctors delivered her baby, who remains in critical condition.

Witnesses told police Columbus was in her vehicle arguing with Robinson, who was standing nearby. As she started to drive north on Chicago Avenue, Robinson fired shots at the SUV. A man who was acting as a peacekeeper at the memorial site confronted Robinson about what he was doing. Robinson responded by saying, "F--- you too," and shot the man in the foot. The man later was treated at the hospital.

Officer learned from tips that Robinson is the father of Columbus' child.

Robinson has a criminal history of assaults and has several other pending cases.

Robinson is not in custody. A warrant has been issued for his arrest.