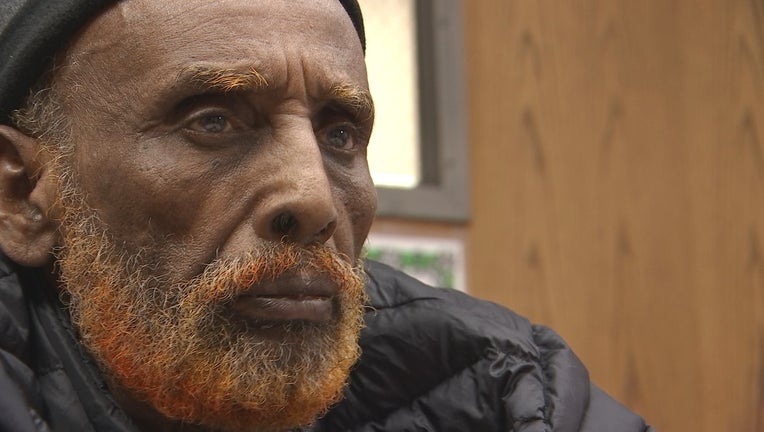 Salad Samatart suffered injuries in a deadly fire at a high-rise apartment building in Minneapolis before Thanksgiving. (FOX 9)

MINNEAPOLIS (FOX 9) - More than two weeks since a deadly fire ripped through a Minneapolis high-rise apartment, some people are just now getting back into their homes.

The fire nearly killed 84-year-old Salad Samatar and his family wonders if he'll ever be the same.

More than two weeks since a deadly fire ripped through a Minneapolis high-rise apartment, some people are just now getting back into their homes.

"Before he was a healthy guy who was doing good, but nowadays we feel he forgets a lot of things,” said Mohamud Farah, Samatar’s nephew. “He doesn't remember a lot of things. He is also dealing with a lot of the tragedy he went through and the trauma of what was going on."

Family members say Samatar told them the smell of gas woke him up early in the morning on November 27 and he could see smoke coming under his door. They say he rushed from his apartment on the 14th floor of the Cedar High Apartments - the same floor where the fire started - and went down the stairs. He only made it to the 13th floor before he was overcome by smoke.

"He opened the door and when he tried to escape, he fell down the stairs,” said Nur Abdullahi, Samatar’s son. “So that's the only thing he remembers. The second thing he remembers is when he woke up from the trauma."

Family members say Samatar spent three days in a coma and about a week in the hospital as doctors worked to save him from the effects of smoke inhalation, which killed five of his neighbors. Since then, he has made a miraculous recovery, but he is still in both physical and emotional pain from his ordeal.

"He is happy he survived on one hand,” said Farah. “On the other hand he is feeling sad that his friends he used to mingle with talk to are gone and he's not going to see them again."

Samatar's family says even though he has been traumatized by what he has been through, he is also grateful his time isn't up yet.

"Since he is a religious guy, he feels this is a test from God and he will go through what God has written for him," said Farah.