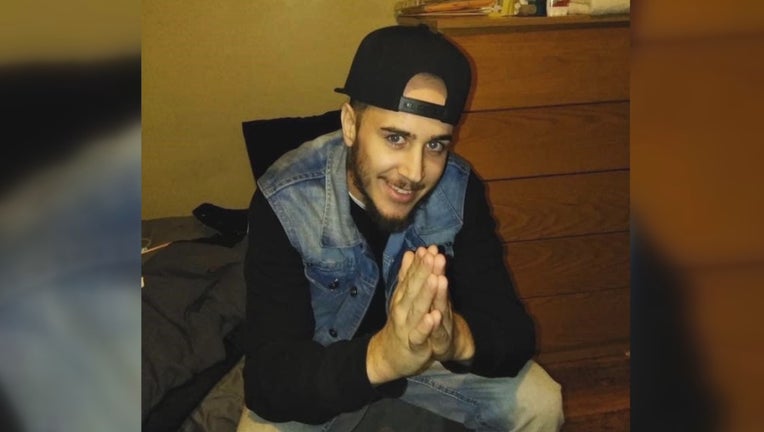 Lucas Grahn was shot and killed in south Minneapolis in November.

MINNEAPOLIS (FOX 9) - A mother is grieving the loss of her son, who died in a recent homicide amid a violent year in Minneapolis.

Thirteen years ago, FOX 9 first met Lucas Grahn after he set up set up a lemonade stand to assist the victims of the tragic 35W bridge collapse. The youngster would raise more than $1000 that weekend in August 2007. His mom, Ali Johnson who sat right beside him for that live television interview, recalled how proud he was to pitch in and help.

A mother is grieving the loss of her son, who died in a recent homicide amid a violent year in Minneapolis.

"He was so full of excitement and joy," said Johnson. "Anytime he needed to give back to somebody else, he would. He always had the biggest heart."

Johnson has now spent the last 10 days grieving the loss of that young man with the giant heart. Grahn was shot and killed inside a south Minneapolis home on the 2700 block of 18th Avenue South Friday morning on November 20. He was 26 years old.

Johnson is refusing to have him remembered simply as a statistic in a deadly year across the city.

"I’ve lost people in my life before, but it’s a pain - losing a child especially at someone else’s hand," she said. "It’s a pain that you can't describe. It’s indescribable."

As police investigate some strong leads in Grahn’s murder, Johnson acknowledges her son struggled with demons, especially recently with drugs, addiction, and crime that found him spending time behind bars.

"My biggest fear was losing him to an overdose," she said. "I never imagined I would get a call that he was murdered."

Johnson says she believes it's likely her son's issues were a factor in how and why he was killed. She's now hoping investigators will bring her family some peace and justice and find his killer.

She also wants to remember the beauty in that child she raised, who wanted so badly to help others.

"Even though I am heartbroken, I take comfort knowing that something good will come out of this," said Johnson.

Anyone with information about the shooting, can contact CrimeStoppers.