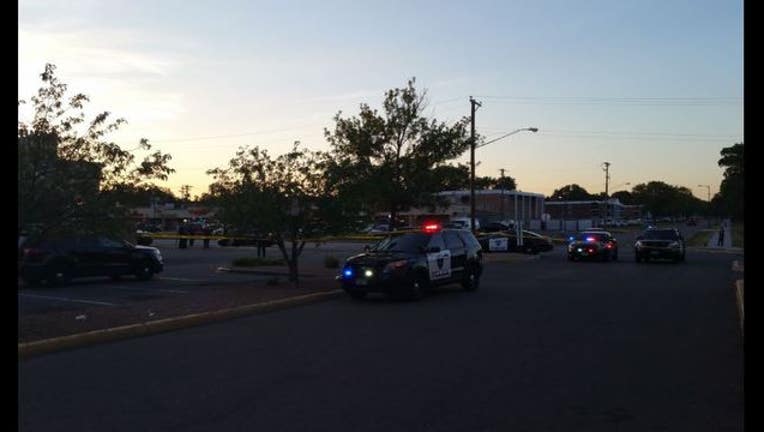 BROOKLYN PARK, Minn. (KMSP) - While communities across the metro celebrated national night out, a brutal attack in Brooklyn Park led to a 53-year-old man with life-threatening injuries on Tuesday.

“He was a good man,” his friend Eworth Dickerson said.  “He didn't do nothing to anybody around here. It's just terrible.”
The victim has been unconscious ever since a man he knew attacked him in a parking lot around 6 p.m. near Brookdale Drive N. and Yates Avenue N.  Just a couple of punches and a fall are what investigators believe led to his critical injuries.

The police tape that was up on Tuesday is now down, but detectives were still on scene Wednesday, going business-to-business.
“We were able to confirm he was struck in the face by a fist and then fell down and likely hit his head on the pavement,” Brooklyn Park Deputy Chief Mark Bruley said.

Police also told Fox 9 that security cameras caught some of the altercation, and they have a good idea who they're looking for.
“It’s a good reminder that these types of behaviors, even a fist fight, can end very tragically, like in this case,” Chief Bruley said.

Police said the victim knew the suspect, and investigators are quite confident they'll be making an arrest very soon.