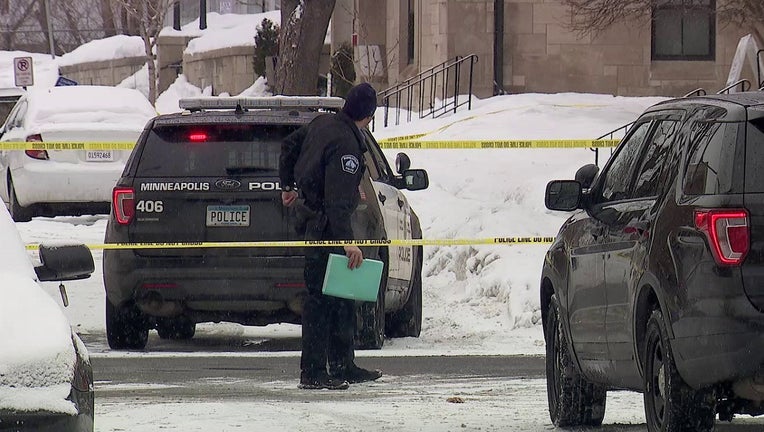 Officers investigate at the intersection of Emerson and 22nd on Wednesday. (FOX 9)

MINNEAPOLIS (FOX 9) - A midday shooting in Minneapolis on Wednesday left one man dead in the city's Hawthorne neighborhood.

Officers responded shortly after noon for 911 calls and a ShotSpotter activation reporting shots fired along Emerson Avenue North at North 22nd Avenue. At the scene, officers found a man in his 40s with serious injuries from gunshot wounds.

Officers and Minneapolis Fire and EMS tried to revive the victim, but say he was ultimately pronounced dead at the scene.

Our crews at the scene saw police investigating inside an apartment building near the intersection. However, police say the victim was found outside.

The shooting is still under investigation and no suspects are in custody. Police are asking anyone with information on the case to call CrimeStoppers at 1-800-222-TIPS (8477) or submit an anonymous tip online.