A Minnesota man completed his journey carrying a canoe hundreds of miles to raise awareness of suicide as well as funding for mental health services.

(FOX 9) - A Minnesota man finally completed his mission to carry his canoe a distance equal to the Superior Hiking Trail, a mission he dubbed "Portage for a Purpose" to help promote suicide prevention.

On Oct. 5, Evan Hansen announced he completed his journey - 35 days and 313 miles later. 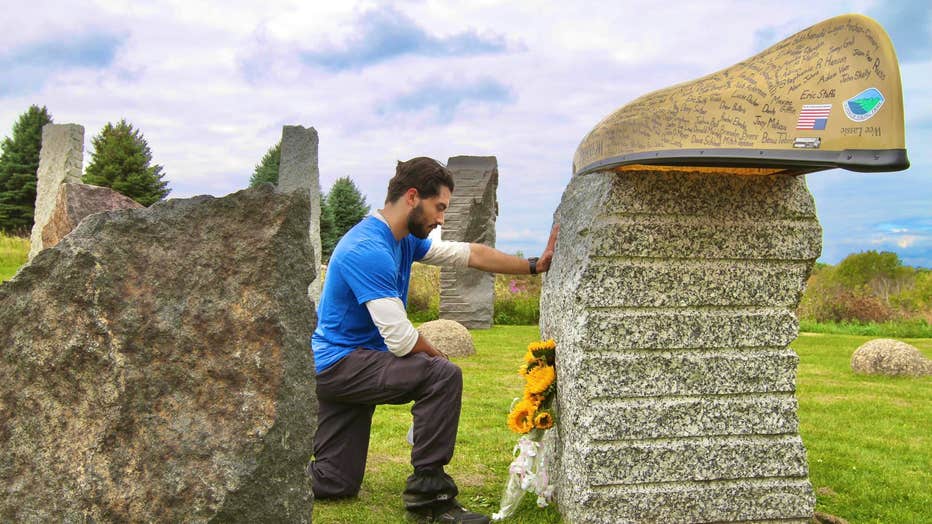 During his journey, Hansen collected 645 names on his canoe and raised more than $25,000 for the National Alliance of Mental Illness.

A couple of years ago, Evan lost four people within his social circles to suicide. He wanted to honor their lives and help raise money to save others.

"The big message [is] to tell people who are grieving the loss of a loved one, or contemplated suicide or attempted suicide is that you’re not alone, you’re not a burden," Hansen told FOX 9 before his journey.

Just days before his launch date, wildfires threw Hansen a curveball. With thousands of dollars of pledges lined up for his journey, he had to quickly come up with a new plan.

Instead, he and his canoe would trek across the southern third of the state, from the South Dakota border near Luverne all the way to Wisconsin, a total of 313 miles. The goal is to raise $100,000 for NAMI in his hometown of Rochester.

A man hauling a canoe by foot across the state of Minnesota is on a mission to honor people who’ve lost their lives to suicide while raising money and awareness of mental health organizations.