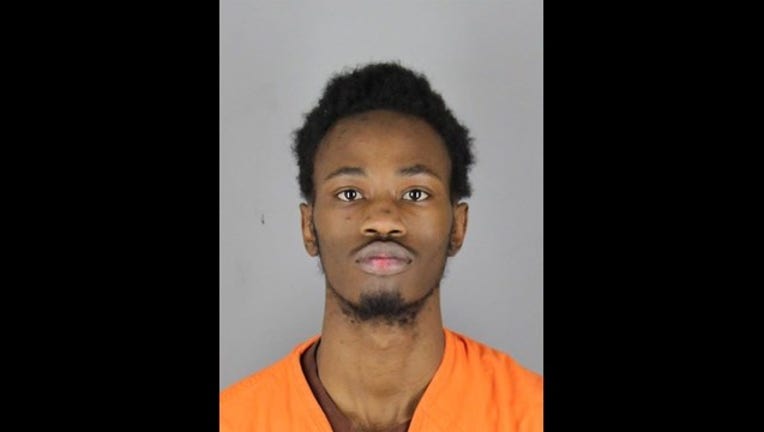 Freddy Lee Scott, 21, has been charged as an accomplice in the shooting death of north side grandmother Birdell Beeks last year. Photo: Hennepin County Jail.

MINNEAPOLIS (KMSP) - A second Minneapolis man has been charged as an accomplice in the shooting death of north side grandmother Birdell Beeks. Freddy Lee Scott, 21, was arrested on Monday and charged on Tuesday.

Beeks, 58, was killed by stray gunfire while in a minivan with her 16-year-old granddaughter at the intersection of 21st Avenue N. and Penn Avenue N. on May 26, 2016.

“She said, ‘Nanny back up, Nanny back up. Hurry back up,’” recalls Beeks’ daughter and the girl’s mother Sa’lesha Beeks. “She looked over and she said, ‘baby they got me’ and passed out.”

The shooter, identified as Joshua Ezeka, 20, was arrested in January is now charged with first-degree murder. Ezeka is known to associate with a criminal street gang called “The Lows”

The shooting took place around 6 p.m. According to the criminal complaint, a person associated with “The Highs,” the rival gang of “The Lows,” approached the area in a car. Scott alerted Ezeka, who was at his family’s home in the area, to the presence of the rival gang member.

Shortly after hearing from Scott, Ezeka left his house armed with a gun, ran towards the rival gang member’s vehicle and starting shooting. Some bullets struck the rival’s vehicle while others struck the vehicle that Beeks and her granddaughter were in.

Witnesses confirmed that Ezeka then fled the area with Scott in Scott’s car.

In an interview with police, Ezeka admitted he had received a phone call from Scott alerting him to the presence of rival gang members driving in the area and to shooting the vehicle.

Ezeka also admitted to leaving the scene with Scott in his car.

Scott is being charged with aiding an offender, which carries a maximum sentence of 20 years in prison.