BLOOMINGTON, Minn. (FOX 9) - Amid the hustle and bustle of the biggest mall in America lies an oasis for love, tucked away on the third floor.

"I think there is a niche for this business because not everybody walks down the same aisle," said owner Felicia Glass-Wilcox.

Open for 28 years, nearly as long as the Mall of America has been open, the Chapel of Love has married nearly 8,400 couples averaging between three to 10 weddings every week.

"It's quick. It's easy. We can do photos, flowers, or video, so everything was done right here. They could walk in, be happy and leave," said Glass-Wilcox, who worked as an engineer when she bought the business nearly two decades ago. 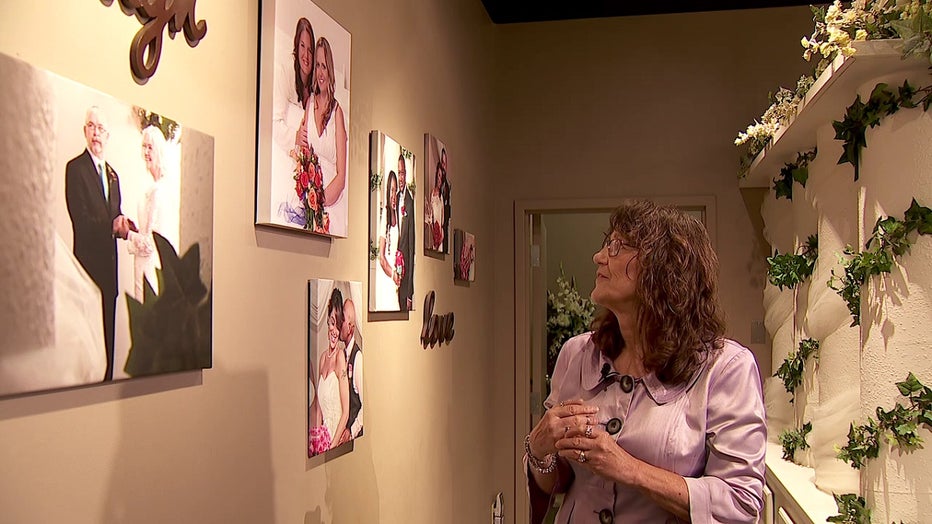 Open for 28 years, nearly as long as the Mall of America has been open, the Chapel of Love will close after 28 years. Pictured is owner Felicia Glass-Wilcox.

Since then, she's done everything from floral arrangements to editing wedding photos, and she's met some special couples along the way, like Holli and Amy, who got married at the chapel the minute same-sex marriage was legalized in 2013.

But after dozens and dozens of weddings, Glass-Wilcox recently made the difficult decision to retire. The doors to the Chapel of Love will close on Aug. 28 for good.

Since making the announcement, she says she's gotten dozens of phone calls from happily married couples wanting to stop by one last time.

"There are so many stories. I could literally go on and on and on for all the lovely people we've had," said Glass-Wilcox.

As for what happens next in the Wedding Chapel's space, Fox 9 is told MOA's Santa Claus will take up residence there during the holiday season.