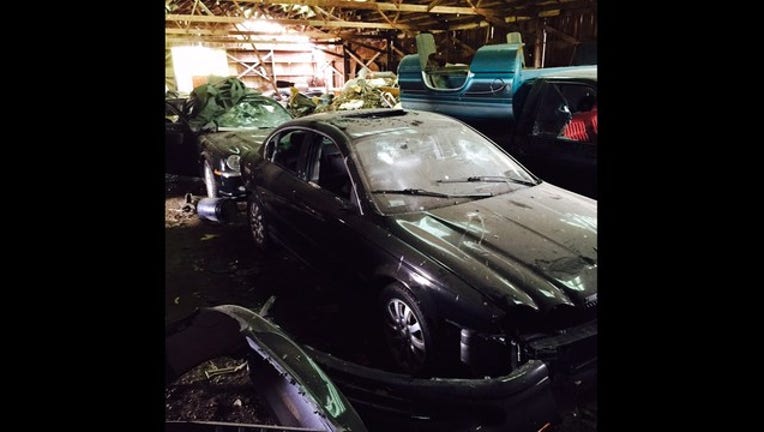 One night of vandalism in a Plymouth neighborhood has resulted in over $60,000 in damage.

The property on 15 Evergreen Road appears abandoned. Gretchen Hersch, a neighbor of the property says, "Well it is mysterious because I've never seen any of the people."

According to police documents, over the last month two houses and four vehicles that are stored in a pole barn on the property have been damaged. Apparently, a tennis racquet and golf clubs were used to damage the vehicles. Both of the unoccupied houses had windows broken, items inside had been damaged and both houses had been spray painted throughout the dwelling.

The documents also state that the property has recently been sold and the dwellings are to be demolished.

"I don't think anyone from the neighborhood goes trick or treating or anything there," said Hersch.

Trevor Sherber says five of his Jaguars were severely damaged as well as both houses and numerous outbuildings.

"We've seen different cars come and go over the years and sometimes we were questioning why strange cars would come," Hersch said.

Neighbors say strange activity on the property is nothing new to the area.

According to police documents, Sherber and four others are listed as victims, and currently use the buildings for storage.

The investigation and search for suspects remains ongoing.