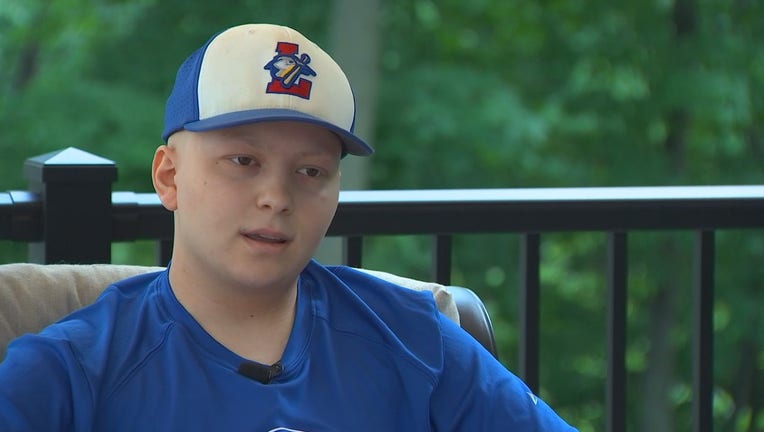 The Loretto Larks are rallying behind Todd, who is battling bone cancer.

LORETTO, Minn. (FOX 9) - The surgical scar runs straight down Todd Traen’s upper leg after more than six inches of his femur was removed to fight off bone cancer.

Combined with the chemo treatments, the 19-year old has had an extremely challenging year.

This weekend, his Larks are stepping up to help the young man, dedicating a game to fundraising for his medical needs.

"They told me it was a cancer that formed in my femur right above the knee. That was a shock to all of us. It’s crazy how life changes pretty quick," he said.

Todd, a baseball player, was prepping for his freshman season at the University of Wisconsin-Eau Claire when his medical team first detected the osteosarcoma with an MRI. Since February, he’s been in and out of the hospital. And this summer, he’s missing out on town ball with his beloved Loretto Larks. 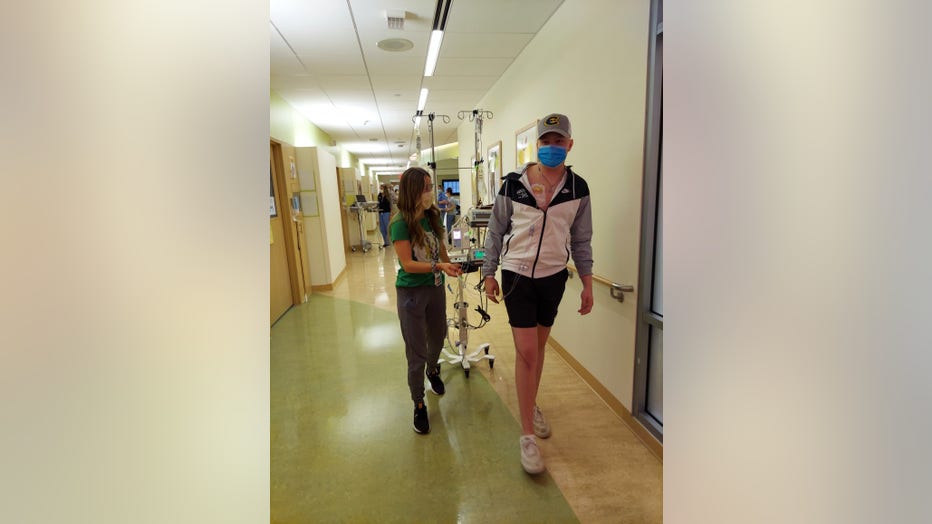 The Loretto Larks are rallying behind Todd, who is battling bone cancer.

"If I was 19, I couldn’t have gone through what he’s battled. His attitude is extremely good," said Tom Traen.

"It’s pretty overwhelming as a parent," added Todd’s mother Larae Traen. "He’s a freshman in college, living the dream - and everything changed."

Throughout the fight, "Toddy" - as he’s known on the diamond - has never lost his positive attitude.

This weekend, his Larks are stepping up to help the young man, dedicating a game to fundraising for his medical needs. Loretto and the greater baseball community has raised more than $12,000 with raffles, games, and other donations with the rallying cry, "Tough Traen."

As he tossed out the ceremonial first pitch, the hope is Todd will be right back in the lineup in 2022.

"It’s incredible," added Larae Traen. "Our community, friends and family. It’s hard to put into words. I don’t know how people do it without."