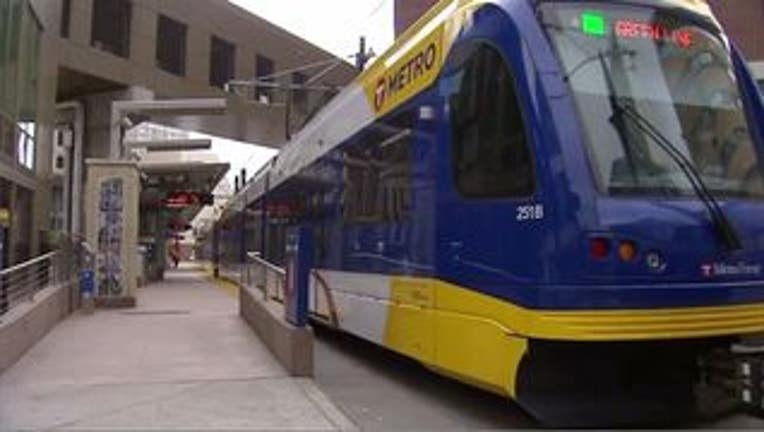 Before the COVID-19 pandemic, serious crime on light rail cars and stations was rising. For two years, lawmakers grappled with ideas on how to address the situation, and they now face a make-or-break moment during the special session later this month.

Before the COVID-19 pandemic, serious crime on light rail cars and stations was rising. For two years, lawmakers grappled with ideas on how to address the situation, and they now face a make-or-break moment during the special session later this month.

House Democrats have proposed getting rid of the misdemeanor crime and $180 fine for not paying the fare. Their plan would also allow Metro Transit to hire non-sworn staffers to check tickets, which they say would free police officers to handle more serious issues.

"Let's get real. This is like a parking ticket in magnitude and ought to be treated as such," said state Rep. Steve Elkins, DFL-Bloomington, the House's author. "Nobody seems to be digging in their heels, so I'm very optimistic."

Senate Transportation committee chairman Scott Newman, who must agree during House-Senate negotiations for any change to become law, said he's open to the idea of making fare evasion a citation instead of a crime. But Newman said he favors more police instead of so-called "transit ambassadors."

"I'm just not enamored with the notion that you're going to put people on light rail with a minimal amount of training to try to resolve the conduct that's going on," said Newman, R-Hutchinson. He suggested that fare evaders might use physical force against a staffer checking tickets.

Supporters have dropped the name "ambassadors" because it developed a negative connotation, Elkins said.

If lawmakers give the OK, Metro Transit has said it will use federal stimulus money to hire 24 non-sworn staff over the next year.

Officials at the transit agency support the DFL proposal, pointing out that few fare evaders are ever prosecuted because county attorneys consider it a waste of time.

"We assume that the loss of ridership plays into the reduction in crime," Kooistra said. "We're not placing much weight in the overall 2020 crime stats."

East Metro Strong, a pro-transit group, did a study of other big cities that started using on-board staffers to check tickets, give directions and do outreach for people who are homeless and sleep on trains. Transit officials from Dallas to San Francisco said it was a "better way to go," said Will Schroeer, East Metro Strong's executive director.

"Let’s be honest. People are going to have some questions about getting back on transit. Whether they should or not, they do -- and that’s fine. What better time to put some additional folks on there to welcome back, help them feel comfortable and safe?" Schroeer said.