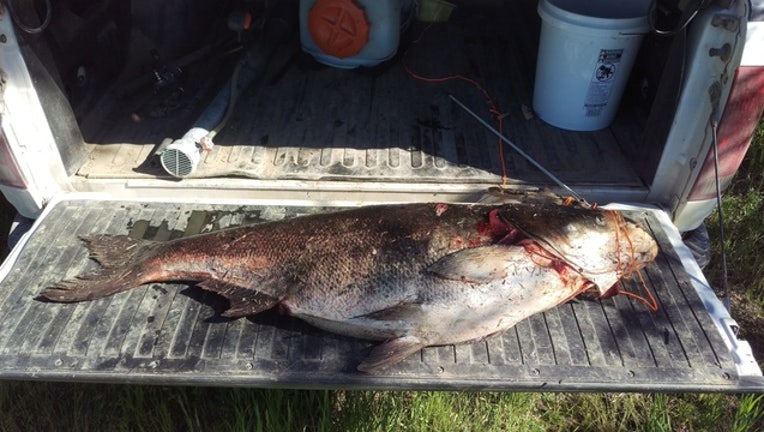 REDWOOD FALLS, Minn. (KMSP) - The largest invasive carp ever recorded in the state – measuring 47.5 inches and weighing 61.7 pounds – was caught Sunday in a gravel pit near Redwood Falls, Minnesota, according to the Department of Natural Resources.

The gravel pit where the bighead carp was caught is within the Minnesota River floodplain. The area periodically becomes connected to the river when it floods, which is when the DNR believes the carp likely entered the pit.

The bow angler who caught the carp immediately reported it to the DNR.

“The news of this capture is somewhat alarming, given the size and location,” DNR invasive fish coordinator Nick Frohnauer said in a news release.

The DNR is working to determine whether the fish was an isolated capture or part of a group. They will be conducting follow-up sampling of the gravel pit, the Minnesota River and other nearby bodies of water that are part of the floodplain.

Invasive carp escaped into the Mississippi River in the 1970s and have been progressing upstream ever since. This is only the second bighead carp ever captured in the Minnesota River area. The first was caught by a commercial fisherman about 80 miles downstream near New Ulm in 2016.

A bighead carp and a silver carp were caught in the St. Croix River earlier this year, near its convergence with the Mississippi River.