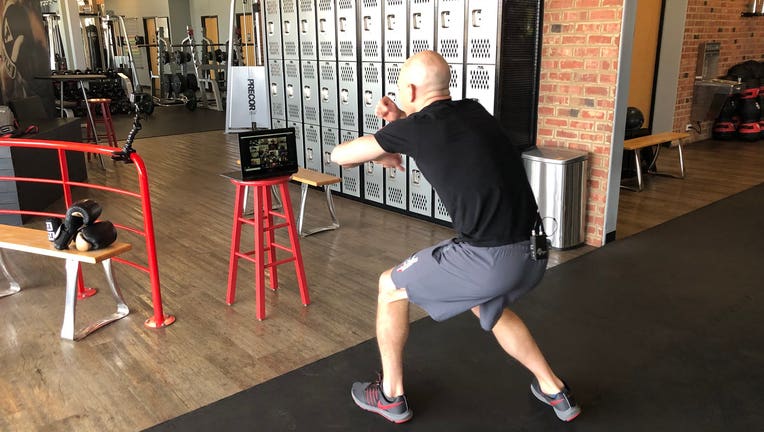 At Title Boxing in Lakeville, Minnesota, a class for Parkinson's Disease patients goes on despite the pandemic.

LAKEVILLE, Minn. (FOX 9) - Despite the closure of gyms during the COVID-19 pandemic, a Lakeville, Minnesota boxing club is determined to keep a special group of people who are battling Parkinson’s fighting on a daily basis.

“Boxing, or intense exercise, is what slows the progression of the disease,” said Tate Wheeler, the owner of Title Boxing in Lakeville.

Despite the closure of gyms during the COVID-19 pandemic, a Lakeville, Minnesota boxing club is determined to keep a special group of people who are battling Parkinson’s fighting on a daily basis.

For the last four years, Wheeler has been leading a fitness class for those in the community battling Parkinson’s Disease.

Initially, about four people signed up, but now well over 50 participants come to the weekly class at the gym until COVID-19 struck.

Despite their health conditions and their age, the group has figured out how to use technology to keep in touch with Coach Wheeler.

People with Parkinson's are using boxing to help with side effects of the disease.

“Our average age in this crew is above 60, so utilizing a technology like Zoom is maybe not the ideal way to communicate, but they love seeing each other’s faces and our faces and it’s just another reminder that they are loved, that we miss them and we are still there for them in time,” said Wheeler.

As many Minnesotans navigate a new normal during these uneasy times, Coach Wheeler says it’s more important than ever to lean on each other, even in a virtual world.

The group showed that even though everyone is apart, they can still come together to fight another day.

“When we see them show up and fight back, even though a disease that they didn’t deserve is trying to prevent them from doing it, it’s just a great example for all of us that we have so much to fight for,” Wheeler said.