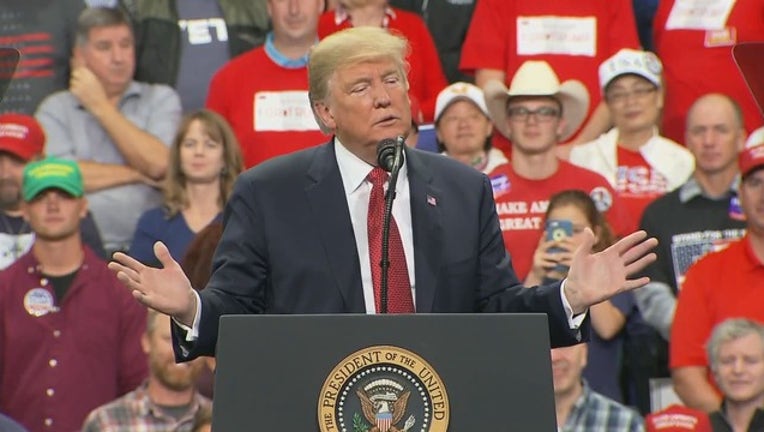 President Trump was quick to respond after Senator Klobuchar announced her presidential run on a snowy stage in Minneapolis Sunday afternoon.

In a tweet, President Trump stated Klobuchar looked like a snowwoman by the end of her speech.

"[T]alking proudly of fighting global warming while standing in a virtual blizzard of snow, ice and freezing temperatures," read the tweet in part. "Bad timing."

Klobuchar later fired back, saying, "Science is on my side" and questioned, "I wonder how your hair would fare in a blizzard?"

In her speech, Klobuchar did not mention Trump by name. She however stated the nation's troops and diplomats "deserve better than foreign policy by tweet" and called to "stop the fear-mongering and stop the hate."