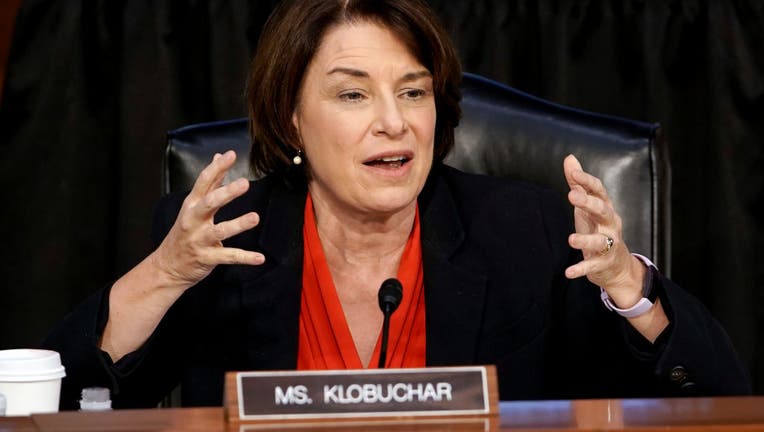 “I believe, and the American people need to understand, that you would be the polar opposite of Justice Ginsburg,” said Klobuchar. “She and Justice Scalia were friends, yes, but she never embraced his legal philosophy.”

Klobuchar asked Barrett about her journal article in which Barrett praised former Justice Antonin Scalia’s dissent to the Affordable Care Act, saying he had the better legal argument. However, under questioning, Barrett did not elaborate on her thoughts on the case.

“One of the plus sides of being an academic is that you can speak for yourself, that a professor professes and can opine, but it’s very different than the judicial decision making process. So it’s difficult for me to say how I would have decided that case,” said Barrett.

Klobuchar also asked Coney Barrett about Roe v. Wade. While she did not say she would rule against it, she did say Roe v. Wade is not a "super precedent," meaning it could theoretically could be overturned. A “super precedent” is the term used to describe a handful of few cases that established and agreed upon, like Brown vs. Board of Education, that would not be overturned.

"Well, people use 'super precedent' differently,” said Coney Barrett. “The way that it's used in the scholarship and the way that I was using it in the article that you're reading from was to define cases that are so well settled that no political actors and no people seriously push for their overruling and I'm answering a lot of questions about Roe, which I think indicates that Roe doesn't fall in that category."

Democrats have argued whoever wins the election should be able to appoint the next justice, as this vacancy is the second-closest to an election in U.S. history. Senate Republicans are pushing to confirm Barrett’s nomination before Election Day.

There will be a shorter day of questioning on Wednesday. The panel is scheduled to vote Oct. 22.