Supreme Court nominee Amy Coney Barrett was asked during the second day of her confirmation hearing whether she had seen the video of George Floyd's death and where she thinks the country is at on issues of race.

WASHINGTON, D.C. (FOX 9) - When asked Tuesday about the video of George Floyd’s death, Supreme Court nominee Amy Coney Barrett said it is “obvious” racism persists in the U.S., but the issue of how the country should address it is up to policymakers, not judges.

The line of questioning came from U.S. Sen. Dick Durbin of Illinois, a Democrat, during the second day of Judge Barrett’s confirmation hearings.

Barrett, who has two adopted children from Haiti, said the Floyd video was “very, very personal for my family.” She said the events of this last summer was particularly difficult for her 17-year-old daughter, Vivian. 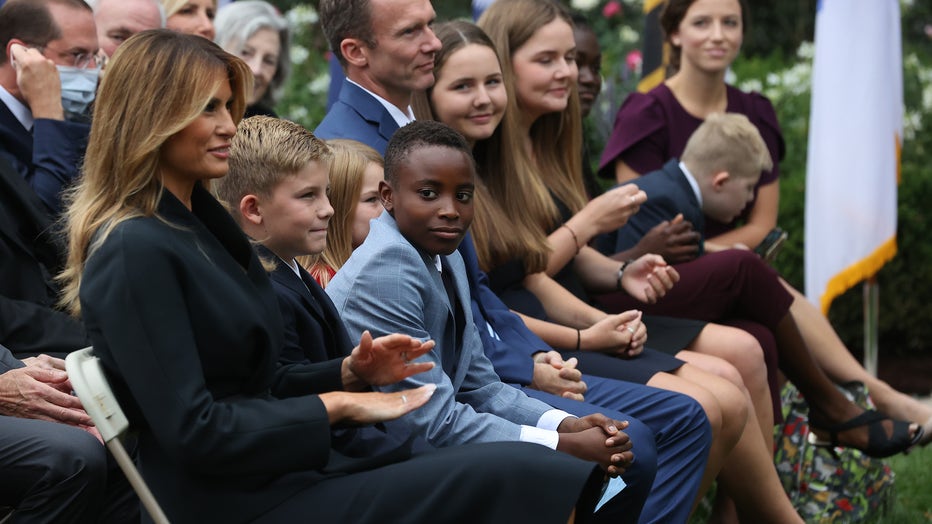 “My children, to this point in their lives, have had the benefit of growing up in a cocoon where they have not yet experienced hatred or violence,” Barrett said. “For Vivian, to understand there would be a risk to her brother or the son she might have one day of that kind of brutality has been an ongoing conversation. It’s a difficult one for us, like it is for Americans all over the country.”

When asked by Durbin where she feels the country is today when it comes to the issue of race, Barrett said she thinks it is “an entirely uncontroversial and obvious statement” that racism persists in the U.S.

How to address it, however, is a question for policymakers, Barrett said.

“While I did share my personal experience and am happy to discuss the reaction our family had to the George Floyd video, giving broader statements or making broader diagnoses about the problem of racism is kind of beyond what I’m capable of doing as a judge," she said.