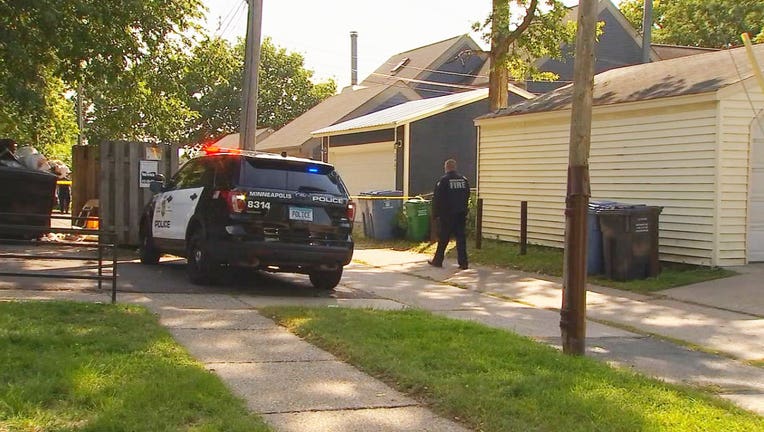 Police investigate in an alleyway off 24th Avenue South in Minneapolis after a man was found slumped over the wheel of a vehicle. The case is now considered a homicide, police say. (FOX 9)

MINNEAPOLIS (FOX 9) - A homicide investigation is underway on Sunday in Minneapolis after a man was found dead in a vehicle after being shot.

Officers responded shortly after noon for the report of a man slumped over the wheel of a vehicle in an alley along the 2400 block of 24th Avenue South in the Seward neighborhood.

At the scene, investigators determined the man was dead and had been shot. Police are now investigating the death as a homicide, unofficially the city's 66th homicide of 2021.

Few details about the victim have been released, and police are looking for the suspects. Overnight, police say there was more than one report of shots fired in the area, which is unusual for the neighborhood.

It's unclear how long the victim had been in the vehicle before being discovered.

The investigation into the shooting is ongoing.