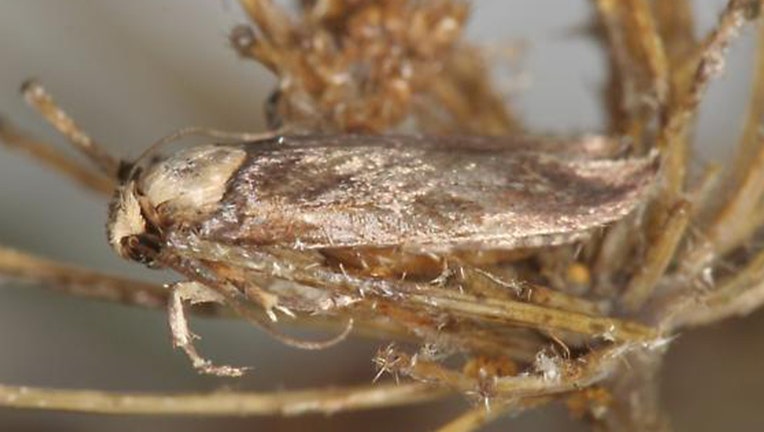 (FOX 9) - Minnesotan gardeners already struggling with drought conditions this summer have a new challenge on their hands – the newly spotted purple carrot-seed moth.

Also known as depressaria depressana, the invasive insect feeds on plants in the carrot family like dill, fennel and coriander.

A resident near Stillwater first noticed the insect on their dill plants and reported it to the Minnesota Department of Agriculture (MDA), which says it has been found in Minnesota for the first time. A second report from Montgomery, Minnesota, came in a few days later, according to the department.

"The impact of this insect is currently unknown, but because it is associated with the flowers and not the roots of plants, impact on carrots, celery, and parsnip crops should be minimal," said Angie Ambourn, supervisor of the MDA’s pest detection unit in a statement about the discovery.

The moth is native to Western Europe, Russia, and China. It was first discovered in North America in 2008. Most recently, it was discovered in Wisconsin in 2018 and Iowa in 2020.

If you suspect that you have seen the moth near your crops, you’re encouraged to call 1-888-545-6684 to report the occurrence.