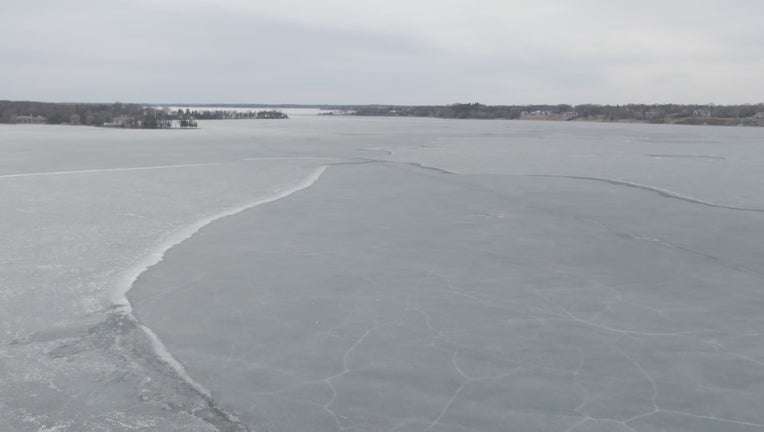 Ice out could happen as early as April 2 on Lake Minnetonka, according to the Freshwater Society. (FOX 9)

LAKE MINNETONKA, Minn. (FOX 9) - Many of Minnesota's 10,000 lakes are starting to see open water and that usually signals open season for thinking about spring.

"It’s a great time to look forward to getting back out on the water," said John Linc Stine, the executive director of the Freshwater Society.

Many of Minnesota's 10,000 lakes are starting to see open water and that usually signals open season for thinking about spring.

The Freshwater Society says the ice out date for Lake Minnetonka is usually the third week in April, but this year it will probably be around April 2 - the same as last year - which will be about 10 days earlier than normal.

"There's probably a few hundred that have ice out already and the vast majority are going to start showing up real soon," said Stine.

"The earliest (ice out) is in 1870 early March, the latest is five or six years ago late May, so it can be a little bit of everything," said FOX 9 Chief Meteorologist Ian Leonard.

Leonard says the recent warm and windy weather has already started melting the ice on many frozen bodies of water and the rain expected over the next couple of days will only speed up the process.

"Ice out doesn't mean there is no more ice on the lake," said Leonard. "It means there may be some small floes, but you won't encounter them as you go shore to shore or around the bays."

Regardless of when an ice out is officially declared on Lake Minnetonka, for many Minnesotans it will be a sign of better days ahead.

"It’s sort of a marker in our lives as Minnesotans," said Stine. "We love and cherish our lakes, so knowing when the ice goes out is when people know they can get their boats out start talking about putting in the docks and begin their plans for summer recreation."

For more information about ice outs from the Minnesota Department of Natural Resources, click here.