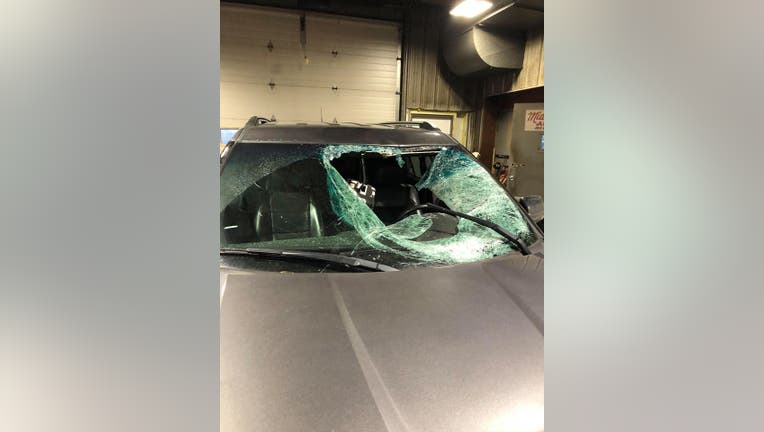 This SUV's windshield was smashed by an ice chunk that fell off another passing vehicle. The driver, a 20-year-old, is OK, but was cut in the incident. (Sophia DiNatale / FOX 9)

RED WING, Minn. (FOX 9) - Sophia DiNatale was on her way home to Red Wing last Saturday when she passed a pickup truck hauling a trailer on Hwy. 58 heading the other direction near Goodhue.

She remembers seeing some snow go flying and bracing herself for a potential loss of visibility, but not for what eventually hit her.

The windshield of her Ford Explorer was left shattered, with glass going all the way back into the cargo area.

“So, I closed my eyes for impact and like, I was ready for that and then it turned out to be ice and just kinda smashed through the windshield,” she said.

The windshield of her Ford Explorer was left shattered, with glass going all the way back into the cargo area.

“It was pretty much an explosion and I looked down, glass was everywhere. My head was bleeding. That freaked me out a little bit,” DiNatale said.

She believes she and her vehicle took a direct hit from a large chunk of rock-solid ice that dislodged from that trailer at 55 to 60 miles per hour. Once she got her wits about her and pulled off the roadway, the 20-year-old captured the moment on her iPhone. 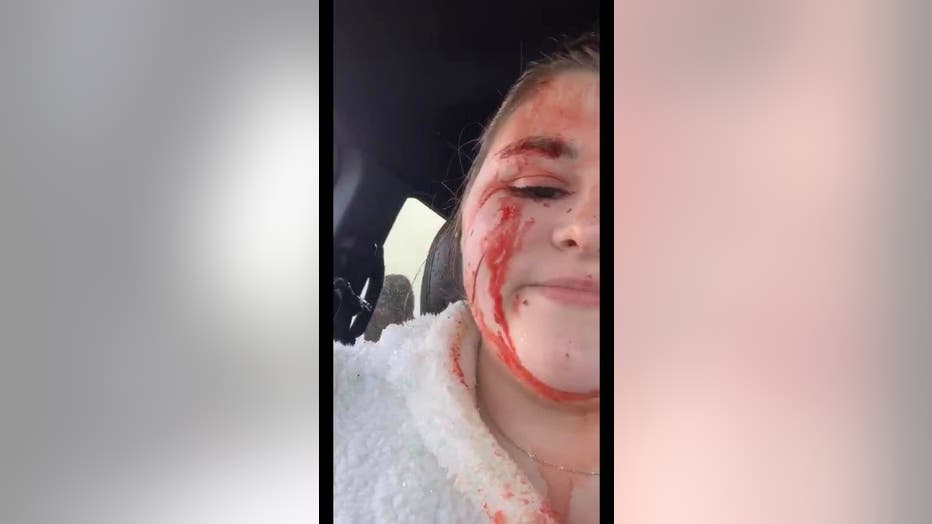 “This could have been a lot worse,” she said. “I could not be here. I could’ve bee seriously hurt.”

As her family’s SUV sits in a Red Wing body shop, the young woman’s message is for people to remove snow and ice off cars, trucks and trailers before the next person possibly is killed.

“To drive safe in winter, this is what we live in,” DiNatale said. “This is how it is every winter. Learn to be careful and take extra time to clear off vehicles.”