Hundreds protested the acquittal of Kyle Rittenhouse in downtown Minneapolis on Saturday afternoon.

The demonstration began at the Hennepin County Government Center with a group of about 250 people. They later marched through the streets, blocking traffic, and shutting down several intersections for a short time. 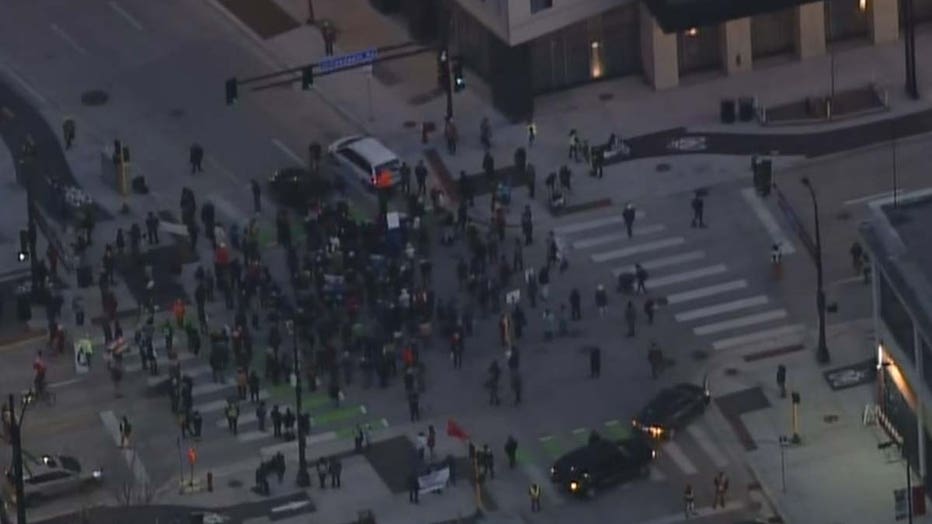 The group occupied downtown Minneapolis intersections during the protest. (FOX 9)

One demonstrator told FOX 9 he watched the trial and Rittenhouse's testimony and calls the not-guilty verdict a travesty.

"It's not self-defense if you carry a rifle - a loaded weapon - to a protest that's not even in your community. When you bring a weapon into a crowd of people who are protesting racial injustice, you're the aggressor," said Travontā, a Minneapolis resident.

The protest lasted about three hours.

Hundreds protest in downtown Minneapolis a day after Rittenhouse verdict

Hundreds took to the streets of downtown Minneapolis Saturday, blocking off intersections, holding signs and chanting, following the acquittal of Kyle Rittenhouse. Rittenhouse killed two people and injured another during a protest against police brutality in Wisconsin last year.

A Kenosha County jury found him not guilty of all charges against him on Friday. 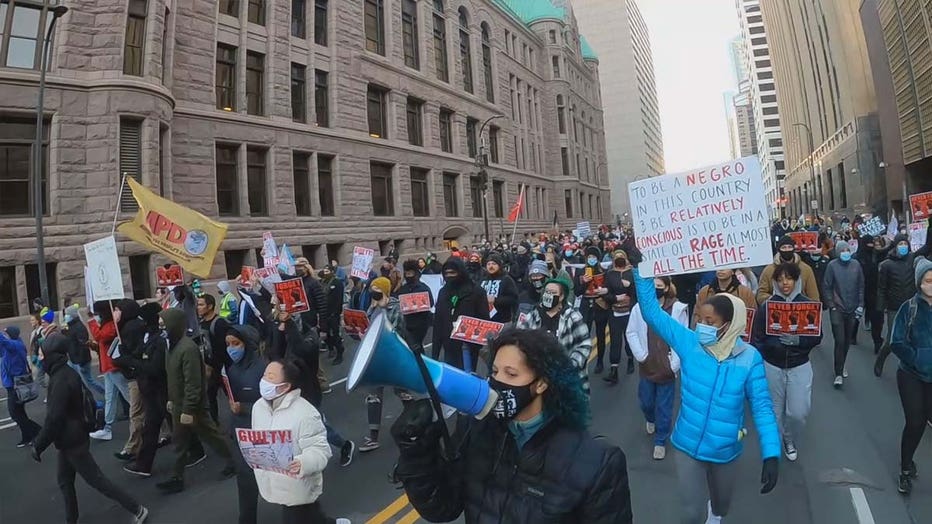 Hundreds marched through downtown Minneapolis Saturday, a day after the acquittal of Kyle Rittenhouse.