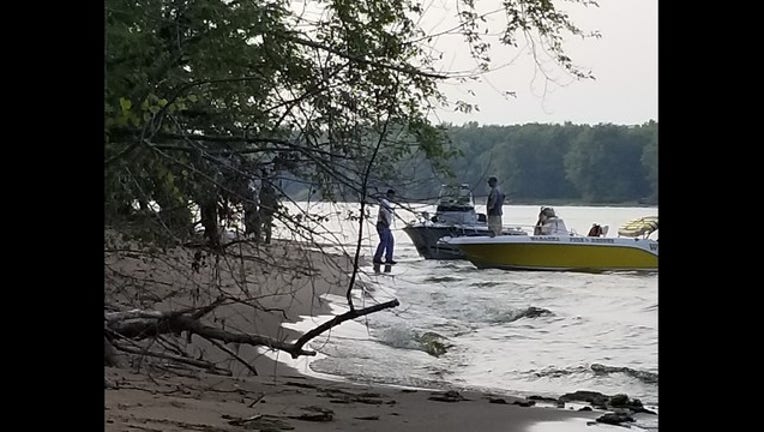 The Wabasha County Sheriff’s Office responded to a caller who reported the visible remains around 4:30 p.m. The Sheriff's Office located the remains about 100 feet from the shore in Wabasha, Minnesota on a patch of dry land.

The remains consisted of a torso with one leg attached to it with a boot.

Sheriff Rodney Bartsh confirmed the remains were found Saturday and he said he hopes they belong to a boater who went missing on the Mississippi River in April named David Sheridan.

The remains will now go to the Medical Examiner’s office. There, officials will look to officially identify the remains and see if they belong to Sheridan.