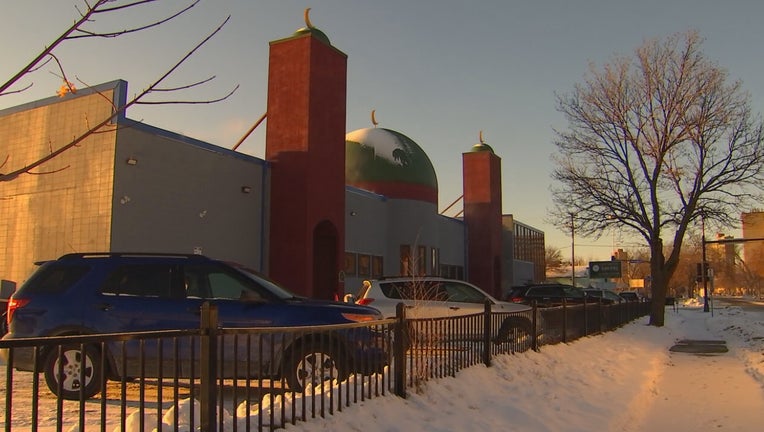 The Tawfiq Islamic Center in Minneapolis will be closed briefly amid concerns over the current political climate. (FOX 9)

MINNEAPOLIS (FOX 9) - Some faith leaders in the East African community are asking local for extra protection following the insurrection at the nation's Capitol and the upcoming inauguration.

The Tawfiq Islamic Center in south Minneapolis is more than just a mosque, it’s a home away from home for the city's Oromo and Somali communities. The building, however, will be closed for the next four days because of the country's current political climate.

Some faith leaders in the East African community are asking local for extra protection following the insurrection at the nation's Capitol and the upcoming inauguration.

"As you know since the Capitol, everyone is very tense," said Abukakar Ahmed of Tawfic Islamic Center. "The environment is scary for us, especially being a minority."

Several imams met with Hennepin County Sheriff David Hutchinson to voice their concerns. They want law enforcement to be more visible around their mosques and in their communities to deter any attacks and make their East African members feel safe.

"We want people to come and do what they need to do," said Hutchinson. "Their job should be praying and our job is to keep them safe as we can."

After a 76-year-old Somali woman was shot by a suspect trying to steal her rent money earlier this month and the shooting, faith leaders are also worried about what appears to be a rise in violence against East African elders.

"It's unusual. It scared us a lot," said Abdi Bihi, a community organizer.

Sheriff Hutchinson says he isn't aware of any direct threats to mosques or the East African community in the metro, but he says being aware of anything unusual during these difficult days is always the best bet.

"If they issue threats to the capitol of the state and trash the Capitol of the United States, imagine what could happen to places like this place," said Bihi.

Sheriff Hutchinson says his department has limited resources, but they can add extra patrols or stop by the mosques more often if needed.