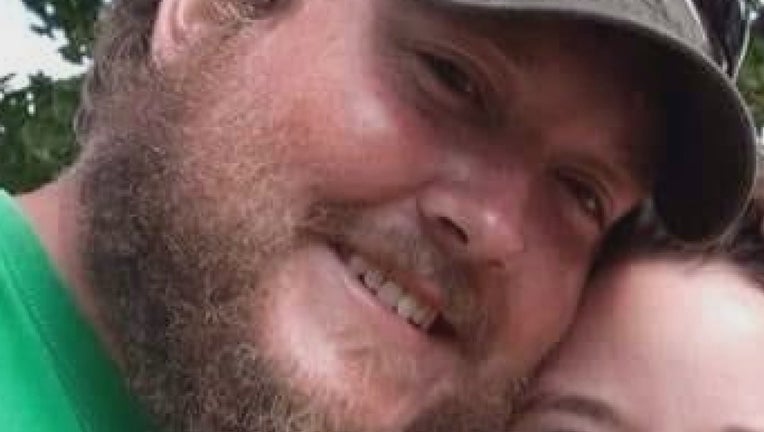 Seth Nelson was killed by a tornado that touched down near Dalton, Minnesota. (Joey Nelson)

DALTON, Minn,. (FOX 9) - What is now just strewn wreckage along County Road 82 near Dalton, Minnesota on Wednesday was still a newly built shop for trucks and machinery.

Nate Erickson and co-worker 30-year-old Seth Nelson were both at the shop. Nelson was working on a now-mangled semi tractor and Erickson was fixing the now-destroyed John Deere.

He was my best friend: Workshop employee killed in tornado near Dalton, building destroyed

What is now just strewn wreckage along County Road 82 near Dalton, Minnesota on Wednesday was still a newly built shop for trucks and machinery.

“And Seth yelled, he said, ‘Hey Nate you gotta come out here and look at this,’” Erickson recalled.

They spotted the tornado to the south, documenting it on Snapchat.

At first, it was entertaining. Then, it grew. Then, it was on top of them.

“And I looked at him and was like, 'What do we do?'” said Erickson. “And just the look on his face. That honestly was the first time I asked him what do we do and he didn’t have an answer.”

A storm chaser complied this video of footage he shot while following a tornado in Dalton, Minnesota Wednesday night. Video credit: Jake Heitman

Erickson got under a 6,000-pound quad track at the front of the building and held on tight. When he crawled out, it had been blown out the back.

The shop was completely gone as well as Nelson. His body was later found a short distance to the north on the hill.

“He was more than an employee to me. He was my best friend,” said Travis Hansen.

What hit here was one of two tornados confirmed by the National Weather Service - one at 5:08 p.m. and another at 5:11 p.m., both south of Dalton. Two others received minor injuries.

Nelson leaves behind twin four-year-old boys from his first marriage and a new wife, adopted daughter and newborn from his second marriage.

“Seth was one of the greatest guys I’ve ever had the pleasure of working with,” said Erickson.

As devastating as the outright destruction of property, nothing near is as tough as the loss of a friend, husband, father.

“He was planning to leave early yesterday,” said Hansen. “He was going to leave at 6, so he could go spend some time with them. He went home to a different home.”