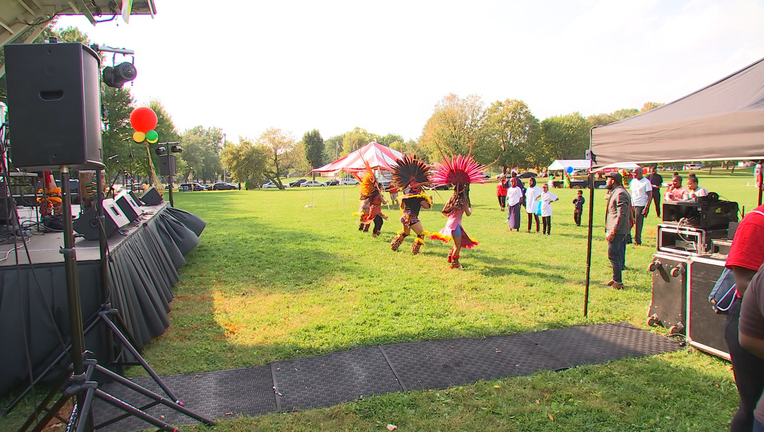 MINNEAPOLIS (FOX 9) - A Saturday afternoon event brought Minneapolis residents together to take a stand against gun violence in the city. The "Guns Down, Love Up" Festival at Bethune Park was focused around a community effort to make a difference.

"It was something Tyrone had at the top of his head," said organizer Chauntyll Allen. "He really wanted to create an event in this park specifically to give something back to the community. So we could stop looking at crime in the north side and look at how beautiful people are."

‘Guns Down’: Minneapolis festival&nbsp;brings community together to rally against violence

An afternoon-long event on Saturday brought together Minneapolis residents to take a stand against gun violence in the city.

In part, the festival is to honor the memory of Tyrone Williams, a community activist gunned down in April of last year.

"It touches my spirit, it touches my heart, because I know my nephew is here and this was his dream," said Tyrone's uncle Sidney Nevils.

The festival is happening at a time when it seems the Twin Cities community needs it the most, following recent deadly shootings.

"It truly, truly breaks my heart to see the influx of the crime," added Nevils. "It's disheartening."

The event focused on community building and healing, with food to fuel your body, art and music for your soul, and healing through talk.

"We’re pumping positive energy into our community and we’re trying to enlighten the community that it will take us to change our community," said Nevils.

The festival came hours after a man was killed in a north Minneapolis shooting overnight. According to police, officers responded to a ShotSpotter activation on Humboldt Avenue North around 1 a.m. where they found a man suffering from an apparent gunshot wound. Officers rendered first aid to the victim, but he died at the scene. No suspects are in custody.