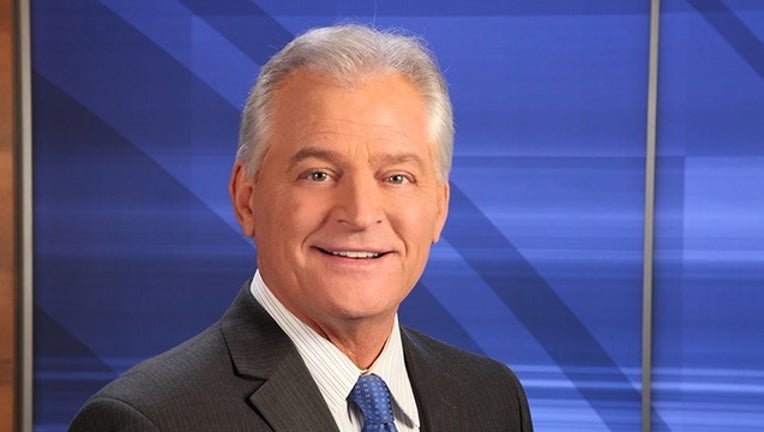 (KMSP) - This weekend, the annual Auto Show rolls into the Minneapolis Convention Center. It's a chance to check out the latest and greatest from car makers around the world. Eye-popping designs, high-tech innovations and even those cars that drive themselves.

Over the years, I've been fortunate to drive some pretty nice vehicles. But, anyone who really knows me, like my buddy Ian Leonard, knows I'm kind of a "car klutz." One time, I pulled into the Fox 9 parking lot during heavy rain and made a run for the door to get in the building. Later that day one of engineers at the station came up to me and said, "Do you drive a black SUV?"  I said, "Yes, why?" And he replied, "Well it's been running for about three hours out in the parking lot!"  Yep, in my haste to run inside and beat the rain I forgot to turn off my car! (Maybe I just inspired the next auto innovation? A car that shuts itself off!) Another colleague, Randy Meier, is the total opposite of someone like me. He pampers his ride. I swear he gets it washed at least once, maybe twice a week!

Many years ago I hosted a half-hour TV program about the Auto Show. To tell you how long ago, it was right when air bags were the newest thing. Somehow, I let the show's producers talk me into getting behind the wheel and having an air bag go off in my face. The noise alone scared the crap out of me!  Luckily, it hasn't happened since!

Watching the ads for the Auto Show or being there, it's fun to see all the new fancy models. Some cost tens of thousands of dollars or more and that's when I start thinking about the two best vehicles I ever owned.

In 1975, right after graduating high school, I bought my first car. A used blue 1967 Ford Mustang Coupe. It had a V-6 slant engine and automatic transmission. Price tag: $500. I made it even nicer when I added an 8-track cassette player! (Anyone who had an 8-track probably remembers when the weather was cold the cassettes often sounded like a warped record!)

To this day, I think that was the smoothest running car I have ever driven. I fully admit my sentimental affection might have something to do with my opinion. I beat the heck out of that car before selling it a year later for $800 to some guy from Bloomington who was going to restore it. Now any time I see one of those Car Auctions on TV and a '67 Mustang rolls out and I see the bidding go up to $20,000 or more, I kick myself!!

The Mustang wasn't the only car I bought for $500. 20 years ago I bought a 1988 Ford pickup truck for $500. It was a red rust-bucket. The doors wouldn't lock after years of decay. But, it had a fairly new bed liner in the back and the engine worked. Throughout 20 years, I left it at my cabin for chores like hauling trees and firewood or going to the dump. The only additional money I ever spent on it was for a new battery a few years ago. Sometimes my cousin, whose cabin is nearby, would lend his auto expertise for a minor issues, but each and every spring I'd charge up the battery and the darn thing would always start!  We nicknamed it "Red."

Last August, I made a 15-minute drive in that truck to rent a heavy duty weed wacker for clearing brush near my cabin. During that drive I was shocked at how smooth old "Red" was running.  Once I picked up the clearing tool I headed back for the cabin, but halfway home something happened. Steam and smoke started shooting out of the hood and suddenly the engine quit. A friend took a look at the problem and delivered the bad news. "Red" was dead.

$500 for a car that has become a collector's item and $500 for a truck that lasted 20 years. Try finding a deal like that at the Auto Show!