(FOX 9) - FOX 9 is following recommendations from state and federal officials to practice social distancing, which means many employees are putting together the daily newscasts from home.

Like many Minnesotans, we are all adjusting to this new normal, but FOX 9's staff has been showing off their creativity in putting together at-home workspaces, editing stations and even makeshift broadcasting studios inside their homes.

FOX 9 Anchor Kelcey Carlson shared a photo of her in-home studio she has created in her basement, where she is co-anchoring FOX 9's evening and nightly newscasts.

In the mornings, Anchor Kelly O'Connell is also bringing you the news from her home studio. 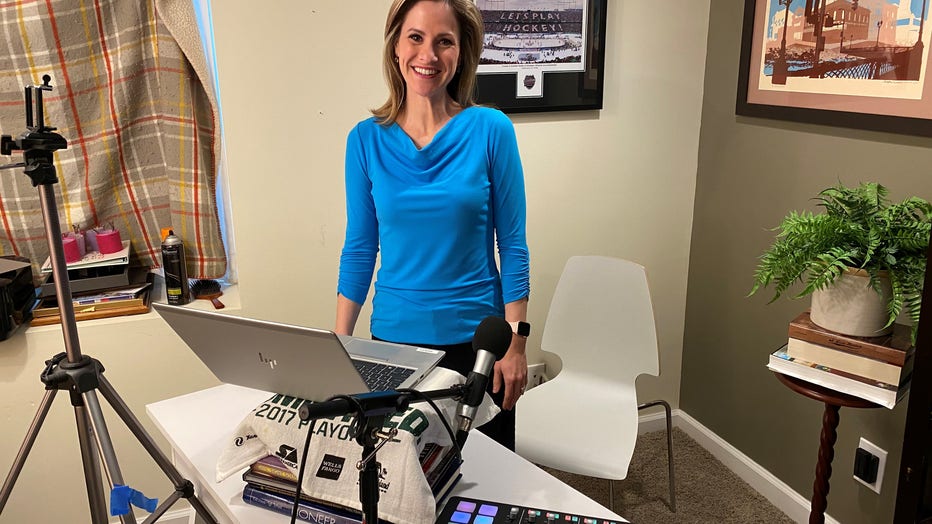 Kelly O'Connell gets ready to anchor the FOX 9 Morning News from her home.

Similarly, FOX 9 Politics Reporter Theo Keith has turned his living room into a studio after some tinkering with the setup last week. 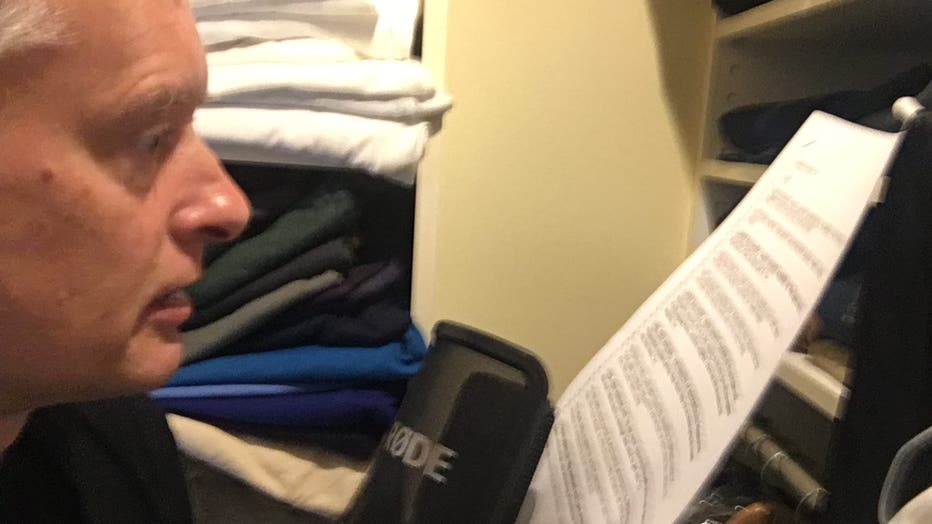 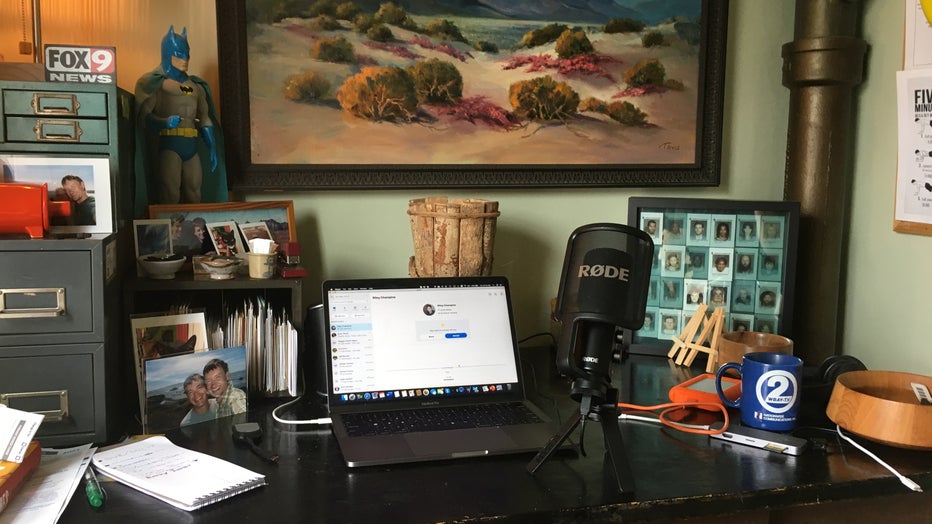 Hobie Artigue, of FOX 9 Sports, took advantage of a beautiful Tuesday to set up his computer near an open door.

Behind the scenes, FOX 9's photojournalists and editors are also having to adjust without coming into the station every day. Photographer Greg Kellogg showed off his setup as he worked on his piece for the FOX 9 Morning News Tuesday.

Photojournalist Melissa Martz gave us a tour of her work from home setup, including an introduction to her dogs Bailey and Kai.

FOX 9 Sports Photojournalist Bob Smith has been sharing a workspace with his Corgi roomate Einstein while he works from home. 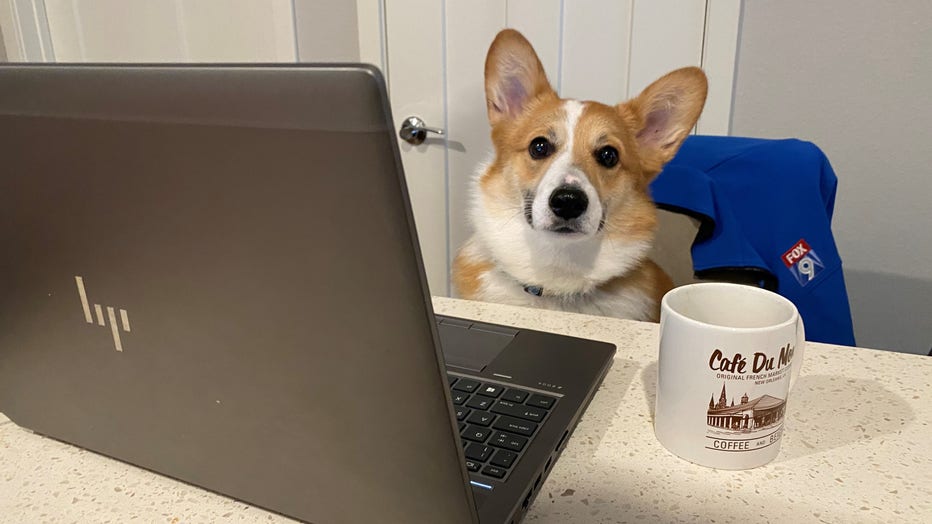 Photojournalist Russ Weseman is also working with a coworker who hasn't figured out traditional workplace boundaries yet. 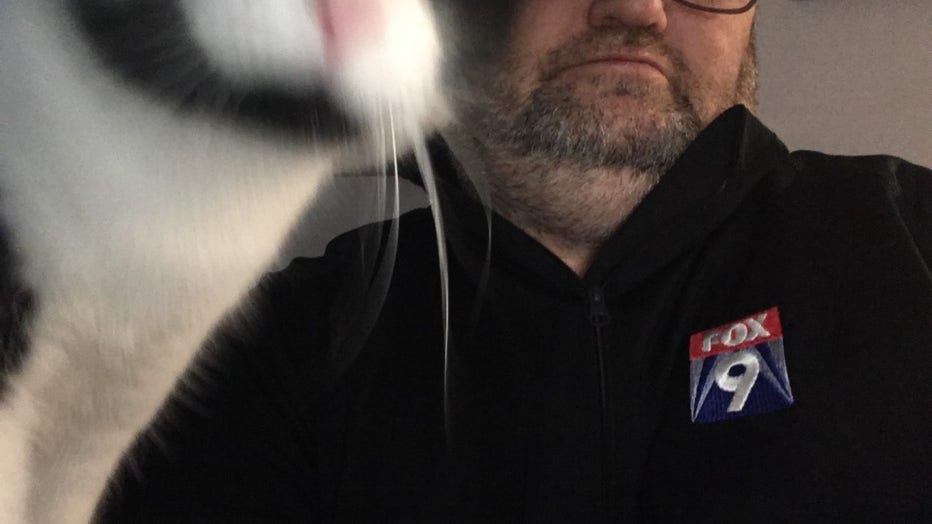 Photographer Russ Weseman deals with an unruly, yet adorable, coworker while working from home.

FOX 9 Marketing and Log Coordinator Ally Bell also showed off her remote setup where her coworker is keeping her seat warm. 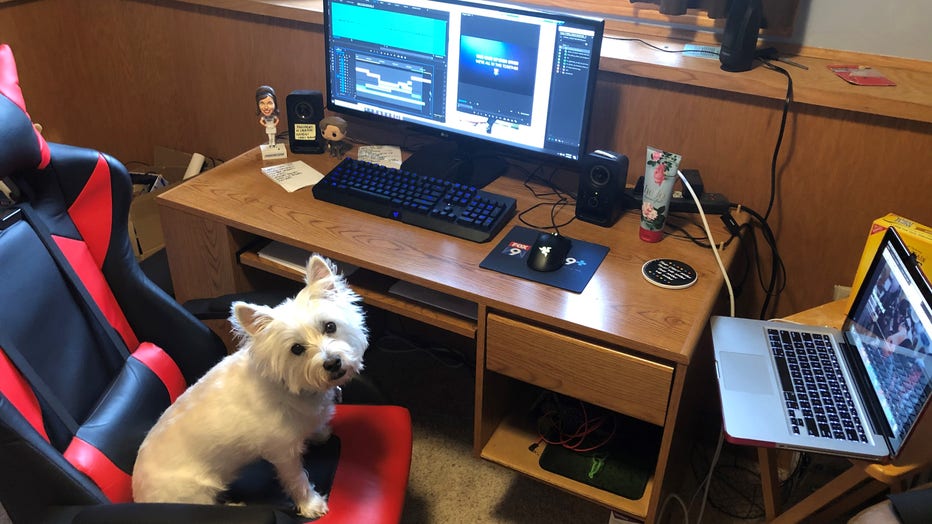 FOX 9 Producer Romy Ackerberg said she couldn't find a photo of her work from home setup that didn't include one of her cats. 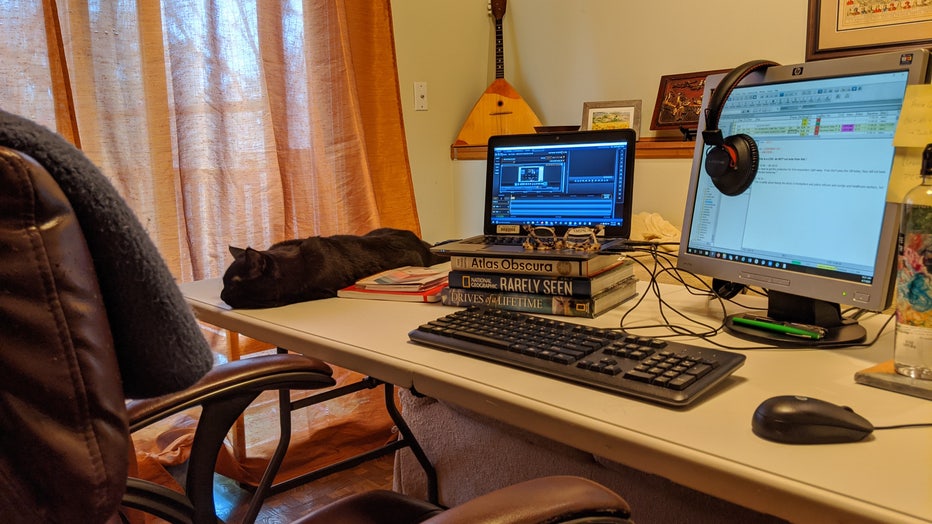 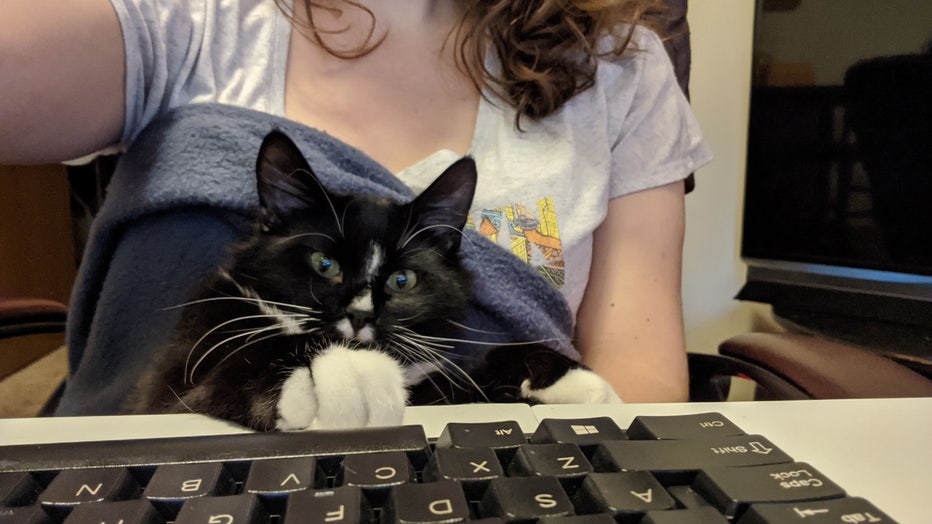 If your next FOX 9 newscast features a lot of cat content, you'll know who is responsible.

With so many of us at home, the few remaining FOX 9 staffers at the station are feeling a little lonely, too. FOX 9 Assistant News Director Kelly Huffman was one of them. He shared a photo of a normally bustling newsroom that was completely empty Friday evening.

Luckily, some FOX 9ers that are working from the station are keeping a sense of humor about the situation, even hosting an appropriately distanced "party" in the break room.

What many of us didn't anticipate was the emergence of a new FOX 9 star. Chief Meteorologist Ian Leonard has been doing the nightly weather reports from his basement, but his dog Jasper has stolen the spotlight in recent days.

What started out as a cameo appearance by Jasper became a regular occurence. Jasper has become a staple of Ian's weather forecasts and Jasper's fans want more.