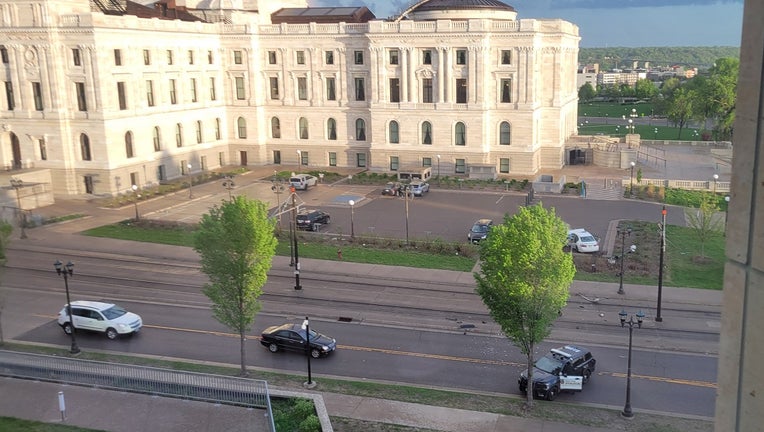 ST. PAUL, Minn. (FOX 9) - Four boys have been arrested in connection to the incident that put the Minnesota State Capitol into lockdown Wednesday night.

St. Paul police say the group of boys — two 15-year-olds, a 13-year-old and a 12-year-old — stole a car, fled police, rammed a police squad car, and ultimately crashed in a parking lot by the Minnesota State Capitol.

A police chase and search outside the Minnesota Capitol forced a lockdown on Wednesday, May 18, 2022.

The incident began around 7:20 p.m. when an officer in the area of Blair and Western avenues spotted a motorist driving a stolen car recklessly, with young passengers hanging out the windows, St. Paul police spokesperson Steve Linders said. The officer attempted to pull the car over, but it drove off.

Linders said the officer did not pursue the vehicle, per department policy, but a State Patrol helicopter began tracking the stolen vehicle as it headed toward Woodbury. The car was soon joined by another vehicle that had been stolen in Edina. The driver of the first car ran over stop sticks — strips officers lay across a road that deflates tires — and three boys got out and then jumped into the second vehicle.

The driver of that vehicle then drove back to the state Capitol. Along the way, it rammed the back of a marked St. Paul police squad car at 40 mph near University and Park avenues, police said. The officer In the squad did not report any injuries.

The motorist then drove to a parking lot operated by the State of Minnesota, where it crashed.

Three of the boys then attempted to hide in the same portable toilet, but were spotted by a State Patrol helicopter and arrested. The fourth — the 15-year-old driver — fled to a nearby building and was then arrested without incident, according to police. 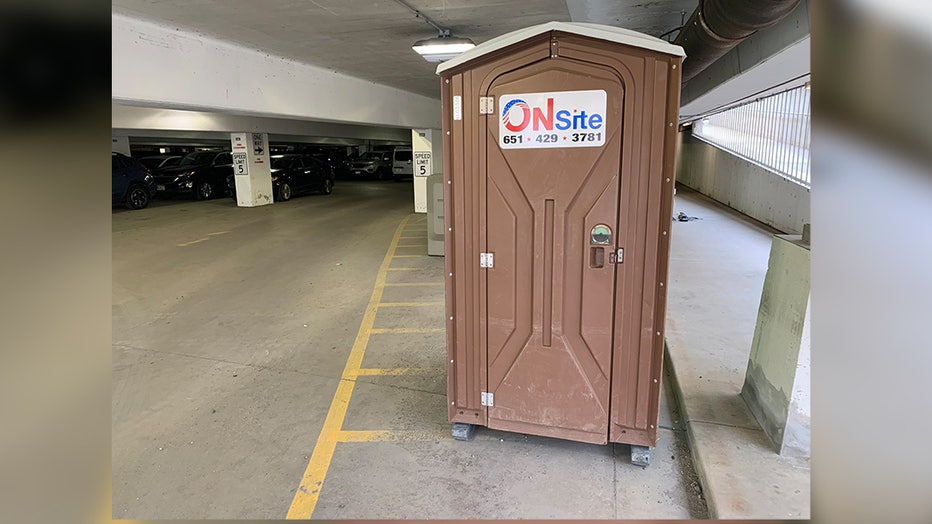 The Port-a Potty where three boys attempted to hide from police near the Capitol on Wednesday.  (FOX 9)

As police tracked the stolen vehicle, the Minnesota House was in session and voting on bills. A feed from the House floor showed lawmakers go into recess with Majority Leader Ryan Winkler warning lawmakers to stay in the chambers.

Shortly afterward, Sen. Michelle Benson tweeted a photo of a helicopter in the sky and a crashed vehicle in the parking lot.

Once police arrested the group of boys, the House resumed session within about 30 minutes.