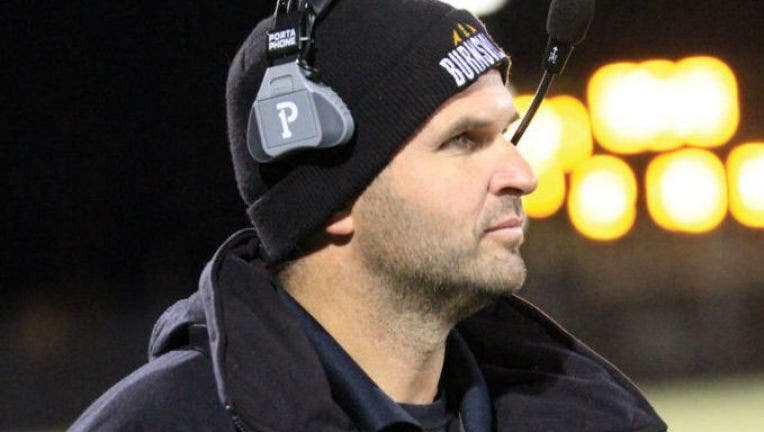 APPLE VALLEY, Minn. (FOX 9) - A former Lakeville South football coach has been charged with a misdemeanor after he allegedly accessed an opposing team's Hudl account, according to the criminal complaint.

On Thursday, 45-year-old Tyler Jon Krebs was charged with one count of unauthorized computer access. He faces up to 90 days behind bars and $1,000 fine.

According to the complaint, on September 20, the Apple Valley Police Department received a report of suspicious computer activity involving Eastview High School's Hudl account. Hudl is used for communications and sports analysis. Eastview's head football coach, Kelly Sherwin, told police a message about a change to the practice schedule had been sent the previous morning to the entire football team and coaching staff, but he did not send the message.

Sherwin told police he believed someone from Lakeville South High School may have sent the message because Eastview was scheduled to play Lakeville South that night and the note referenced turf fields, which Lakeville South uses. He also told the officer that Lakeville South's head coach, Krebs, had previously worked with him.

Customer service with Hudl confirmed the message came from the Sherwin's account, but from a different IP address than the one he typically uses. Sherwin told police he had never shared his login information with anyone. Records showed an IP address associated with Lakeville Public Schools accessed the Eastview coach's account several times on September 19 and as far back as March 4.

When police met with the activities director of Lakeville South, he told the officer that Krebs admitted to him on September 20 that he accessed the Eastview coach's Hudl account and school email, even when the password changed. Krebs came forward to him when he saw an email discussing the different IP addresses.

Police also have a text and voicemail from Krebs that were left for Sherwin in which Krebs apologized and "acknowledged causing damage to both football programs." That night, Krebs did not appear on the sidelines during the Lakeville South-Eastview game.

Krebs resigned as coach soon after the investigation began.

In a statement, a school spokesperson said Krebs is currently on leave and the district will decide on how to further handle the situation in coming weeks.