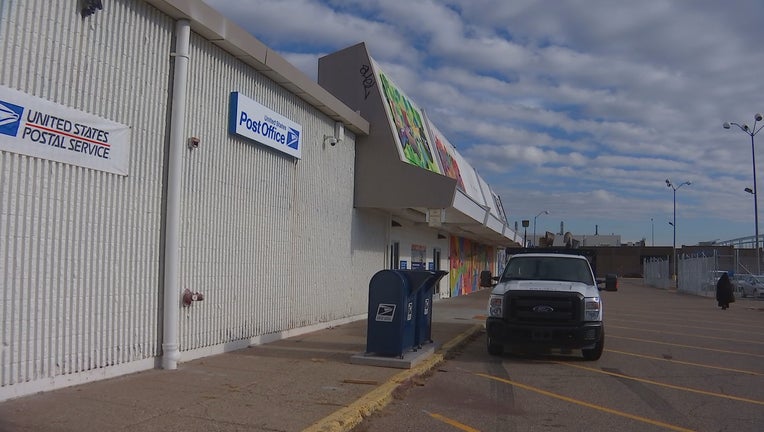 The old Kmart in south Minneapolis is the new temporary home for two post offices that were destroyed in the May riots. (FOX 9)

The former Kmart on West Lake Street is now open as a temporary full-service U.S. post office. Monday marked the first day of service at the new site.

“It feels great, it’s great to have the post office back in the neighborhood,” said Joyce Denham, a customer.

The move comes nearly six months after the Minnehaha and Lake Street post office locations were set on fire during the riots that followed the death of George Floyd. The destruction left behind a big void.

“You have something here for years and years and then it disappears. You’re going to miss it,” said one customer.

The new site offers full shipping and mail services six days a week. Operating hours are 8:30 a.m. to 5 p.m. Monday through Friday and 9 a.m. to 1 p.m. on Saturday. All P.O. boxes from the former locations will be on site starting Nov. 16. Customers are asked to see the window clerk and bring their ID to get their keys.

“It feels great, and when I went in, I even saw people that I knew from before helping me, so it felt like home,” said Denham.

While this location is only temporary, for many it's a sign of progress in a community that's still healing. The USPS is still looking for a permanent location for both facilities.