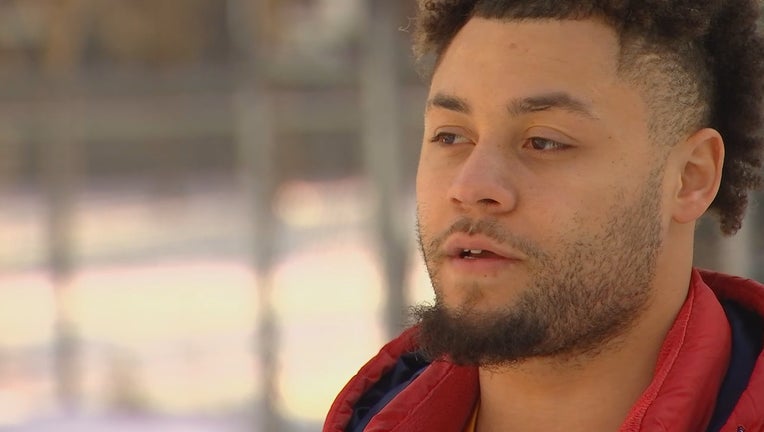 Former Gopher Shannon Brooks told us about his battle with depression on Wednesday. (FOX 9)

(FOX 9) - A former running back for the Minnesota Gophers who survived a suicide attempt has now reached his fundraising goal to launch an organization for people in similar situations.

Friday, Shannon Brooks announced his fundraiser for his "Suicide Survivors" organization had topped $5,000.

In a message, Brooks said he was at a loss for words on the support he's received.

"You are allowing my dreams come true in helping as many people in this world as we can together," he wrote. "We matter and our stories hold so much power. More power than we can ever imagine. I am beyond excited to continue to grow this community and touch many lives."

Wednesday, Brooks told FOX 9 how mounting injuries along with the emotional pain from losing his mother led him to attempt to take his own life.

A former Gopher running back is opening up on his struggle with suicide and is hoping to spread awareness to help others.

Thankfully, despite being struck by a train, Brooks survived and recovered both physically and mentally.

With Suicide Survivors, Brooks hopes to raise awareness of mental health issues while giving people the opportunity to speak out on their struggles.