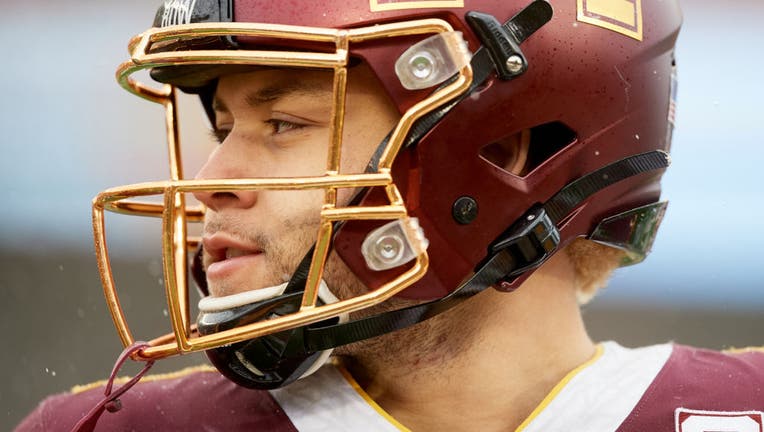 MINNEAPOLIS, MINNESOTA - NOVEMBER 30: Shannon Brooks #4 of the Minnesota Golden Gophers looks on before the game against the Wisconsin Badgers at TCF Bank Stadium on November 30, 2019 in Minneapolis, Minnesota. The Badgers defeated the Golden Gophers ((Photo by Hannah Foslien/Getty Images))

MINNEAPOLIS (FOX 9) - This story discusses suicide. If you or someone you know is struggling with mental health, please call the National Suicide Hotline, 24 hours a day at 1-800-273-8255.

Gophers fans watched Shannon Brooks go to battle against Big Ten defenses for years. The former University of Minnesota running back rushed for 2,290 yards and 20 touchdowns as a Gopher -- in fact, the maroon and gold only lost two out of 16 games when he scored.

A former Gopher running back is opening up on his struggle with suicide and is hoping to spread awareness to help others.

"I had a really good breakout season my freshman year, which was exciting, like super exciting. I was pumped up, ready for sophomore season, to help the team," Brooks said.

But Brooks says he was fighting a war internally. His life has been filled with adversity both on and off the field.

"I did keep it hidden for a minute just because I was lost, I was nervous to talk to people," he explained. "A lot of people say men aren't supposed to share emotions, that makes us soft for some reason, but I know that's not true." 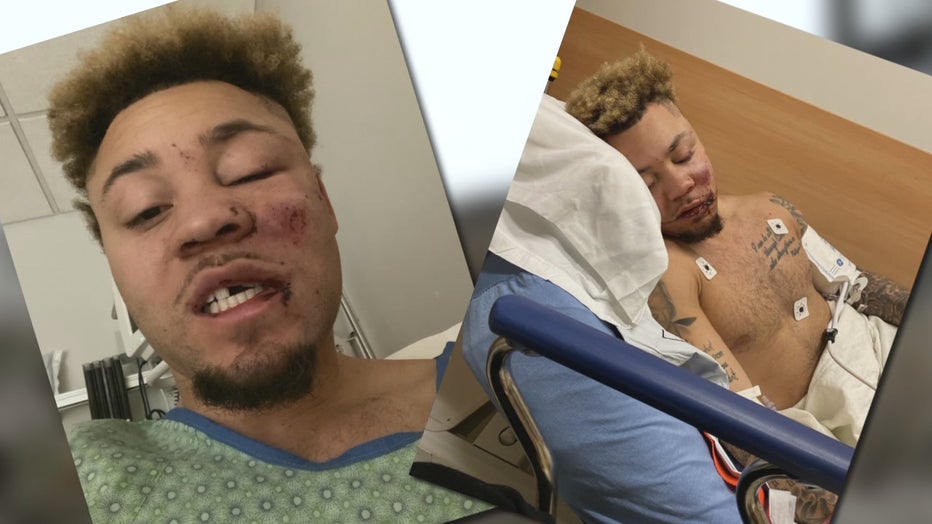 Shannon Brooks received treatment in a hospital following an attempt to take his own life.

Now Shannon is sharing his story.

"My mind was hurt, my body was hurt, my heart was hurt, everything was hurt," Brooks said. "I broke my foot, tore my ACL once, bounced back strong from it."

Then Brooks tore his other ACL in his first game back from injury. He's tore an ACL three times.

"I knew I couldn't go to battle with my brothers on game day, so it was tough emotionally, and like I said I never really talked to nobody about it," Brooks said.

In the same time span, Brooks' mother passed away.

"I wanted to go be with my mom, so I jumped the fence, and I was standing probably this close to the train," Brooks told FOX 9. "I went to turn away from the train and as soon as I turned away a piece of the train hit me in the face and knocked me out."

Brooks lost two teeth in the December 2019 incident, and it left him with a concussion.

"When I got to the hospital, I woke up, Coach Fleck was there, a few other amazing people was there, to support me," Brooks said. "The only answer that I have on why I'm still here to tell my story is God. I feel like he kept me here for a reason, for a purpose, which is the organization that I'm creating."

"Saving a life is more important than football," Brooks said.

"People's stories have a really powerful impact. When a young person sees an athlete that they admire talk about living with depression or anxiety, they've now made it easier to for that person to seek out help; so he's not giving out clinical advice," said Sue Abderholden, the executive director of National Alliance on Mental Illness Minnesota.

Brooks says it helps his mind to know that he can help someone else's.

He's in a much better place now, after going to therapy sessions, and in March he'll leave for the East Coast, to join the Massachusetts Pirates of the Indoor Football League.